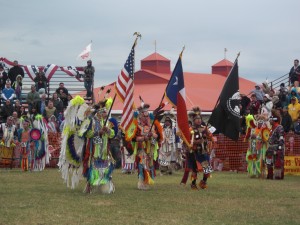 Diabetes is rampant across the United States. A 2011 National Diabetes Fact Sheet released by the American Diabetes Association (ADA) states that almost 26 million Americans have Type II Diabetes. Among Latinos, the presence of diabetes among adults over the age of 20 is around 12 percent, compared to 7 percent among non Hispanic whites. Why is diabetes so high for Hispanic people? In this case, the thrifty gene may be causing the problem.

The thrifty gene is found in the DNA composition of Native Americans. This gene causes the body to store extra amounts of fat and sugars. 500 years ago during the days of hunting-gathering and horticulture, famine was a regular visitor among Native Americans. In order to survive, the thrifty gene developed so their bodies could have fat to hold onto during these famines. But, with the arrival of Spanish conquistadors in the 16th century, the thrifty gene then passed from Native Americans to Hispanics, thus making modern day Latinos struggle with fat storage that can lead to being overweight or obese, a large risk factor for developing diabetes.

“In this thrifty gene, you find this capability of storing sugars in modern times when there is not a need for it, so therefore there’s an accumulation of it in the body which is a pathway into diabetes,” said Dr. Andrew Gordon, professor of anthropology at UH-Main.

The Pima tribe of Arizona has the highest rate in the entire world at more than 50 percent, making it more common to be a diabetic than a non-diabetic.

With the introduction of pre-packaged food for a cheap price in grocery stores, hunting-gathering and horticulture lifestyles were abandoned. Hunting-gathering and horticulture required physical strength, so the extra fat stored was easily burned off and also, food that is not treated with chemicals is better for one’s body. According to Dr. Andrew Gordon, meat contained 400 times more protein than modern meat from the supermarket during the times of hunting-gathering. In addition, many Hispanics and Native Americans are poor, working class people. Healthier food is more expensive, while foods that are high in fat, sugars, and salt are more affordable. In 2008, the US Census Bureau reported that 23 percent of Hispanics live below the poverty line.

“The use of exercise in one’s everyday life is not to just to come home and sit down and watch the television and to eat and drink beer, but to get out and exercise as part of one’s daily routine,” Dr. Gordon said.

Due to their genetic composition, Hispanics have a higher tendency to develop Type II Diabetes, but can lower their risk by eating right and exercising regularly.

For a detailed mini-documentary on the thrifty gene, watch ‘Nothing Nifty about Thrifty’ on uhelgato.com. 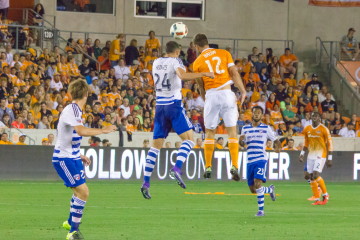