El Día de los Niños/El Día de los Libros is the brainchild of author Pat Mora, an El Paso native who got her publishing start at APP in 1985. Today, Mora is recognized as an award-winning author of more than 40 volumes of poetry, nonfiction and children’s picture books.

Día, as it’s affectionately referred to, is an initiative to focus children and families on literacy, culture and language. Housed at the American Library Association, Día began in 1996 and is celebrated across the country.

“Pat has been a trailblazing emissary to what she calls ‘bookjoy,’ a pure love of what reading brings, which, at its purest, is a connection, an exchange, an enrichment,” said Marina Tristán at APP. “This year’s Día celebration comes on the heels of the controversial removal of ethnic studies books from Arizona classrooms, many of which were written by Hispanic authors. Now more than ever we need ‘bookjoy.’”

The “Dia at Discovery” event featured Houston author Gwendolyn Zepeda, Xavier Garza and Mora. Children participated in a gardening activity (as illustrated in Zepeda’s bilingual picture book, “Sunflowers”/ “Girasoles”) and cheered for Mexican wrestlers (as portrayed in Garza’s book, “Kid Cyclone Fights the Devil and Other Stories”). Mora was hand to discuss the literacy initiative and talk about “The Desert is My Mother”/“El desierto es mi madre,” her first children’s book published by APP’s, Piñata Books. 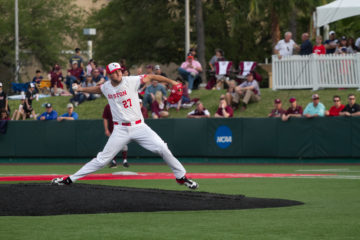