In one of the most hotly contested Houston City Council races, businessman Ben Mendez was able to utilize his February campaign start to out-fundraise his closest opponent, Leticia Ablaza, by over $67,000.

“We have walked various neighborhoods and listened to the concerns of residents in District I. The one message that has been loud and clear is that the community wants strong and accessible leadership,” said an email blast from the Ben Mendez campaign.

While the $94,000 total is impressive, it has been noted by Mendez’s opponents and political watchdogs that a large amount of the money he reported was in-kind contributions. Such contributions are not cash, but add real value to a campaign like website design or video production. Mendez reported over $37,000 in these type of donations.

“As you can see from the finance reports, Mr. Mendez has a number of overvalued in-kind donations, lots of self-funding and he only has $12,000 cash on-hand. To that end, alarm bells are ringing throughout District I because it appears he burned through the cash he allegedly raised. The hard working men and women of District I don’t spend money like that,” said Robert Gallegos who is one of the candidates running against Mendez in District I.

Mendez’s campaign manager, Joaquin Martinez, did not provide a response for this story before deadline.

Even without in-kind donations, Mendez still has a clear fundraising advantage. The rest of the candidates in the District I race have yet to demonstrate they can keep up with the Mendez campaign dollar for dollar. Gallegos doesn’t believe fundraising will be an obstacle come election day rather verifiable experience will count with voters.

“There is nothing to overcome. I’m the only candidate in this race who was born, raised and always lived in the district. I will tackle tough issues such as economic growth, new jobs, infrastructure improvements, safe neighborhoods and so much more, while managing taxpayers dollars wisely. I’m standing on my proven track record,” said Gallegos who reported raising $16,945.

“Yes, it (fundraising) will make a difference. Ben has been active in the community for years. He has developed a strong network of dedicated people to stand beside him and support him in this race,” said Cynthia Olmedo, a community volunteer for the Mendez campaign. 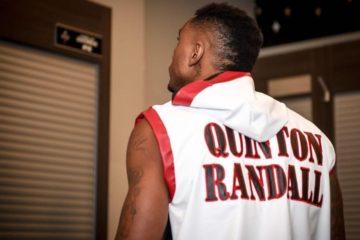