Almost every young boy dreams of one day becoming a professional athlete, but only a select few ever realize that dream.

In Houston, a young man named Pablo Salazar is working hard to turn that dream into a reality.

This may be the first time you’ve come across his name, but if the experts are correct, it won’t be the last. The tides are indeed turning, and his name, like his favorite player Derek Jeter, will become a household name sooner than you think.

At a strapping 6 feet 2 inches tall and about 190 pounds, 17-year-old Salazar, a senior at Lutheran South Academy (LSA), isn’t your typical teenager.

While most are waking up around six in the morning to get ready for school, Salazar can already be found practicing on the baseball field before heading to class. Once completing his homework at school, he’s back on the field for a three-hour team practice on non-game days.

Salazar has proved that hard work pays off, as he was recently offered an almost full-ride scholarship to the University of Arkansas at Little Rock. After signing his national letter of intent, he became the first of only two Urban Youth Academy players thus far to get a college baseball scholarship.

“I’m committed to Arkansas-Little Rock,” Salazar said. “Honestly, I want to make it to the league, but I want to give all that I can give to that team (and) put my talents toward what they already have and be a major impact on the team.”

The University of Arkansas isn’t the only college interested in Salazar. Just like his fastball, which clocked in at 94 mph last summer, he is on the radar of most of the teams in Major League Baseball.

It was not only the pitching arm that caught the eye of recruiters, but his versatility as well. He plays third base, short stop, and if need be, first base, a position he played last year. He’s also a switch-hitter with a grand slam under his belt.

Salazar’s life, however, has not always been filled with triumph. Raised by his single mother Sarah Villery until a few years ago, life for his family was not easy. His mother had to endure a seven-year-long abusive marriage before deciding to leave their hometown of Dallas with just one bag and her two kids.

Today, his mother is an entrepreneur with a medical billing company, and Salazar expressed a genuine gratitude for everything his mother has done for him and his siblings.

“She made sure that we come first before her; she motivates me everyday,” Salazar said. “She’s done so much that I feel like I have to give back in some type of way, so hopefully I can make it far in this game so I can do that.”

About three or four years ago, a friend told Villery about the Houston Astros Urban Youth Academy (UYA), which provides free baseball and softball instruction by experienced instructors, leadership development and academic support to inner city or at-risk children and teens. Villery and Salazar both jumped at the chance.

Although Salazar was quiet at UYA, he caught the eye of the current program director, Daryl Wade, who traveled with him to one of many elite tournaments Salazar has played.

“I always tried to be encouraging to him, even after he made playing mistakes,” Wade said. “I started calling him during the school year last year, went to watch him play basketball; just stayed in touch, because I knew he was talented and needed positive encouragement from a coach.”

Under the guidance, mentorship and coaching of many talented individuals, Salazar continues to blossom. When he’s not at ULA, he’s at school where LSA head coach Aaron Schneider and his coaching team, including assistant coaches AJ Bettcher and University of Houston alumnus Tom Dela Garza, as well as pitching coach and former MLB player Scipio Spinks work with Salazar and his teammates to improve their game.

“Paul has worked out for the Houston Astros, as well as a few other MLB teams including the Toronto Blue Jays, the Texas Rangers, and I think the Miami Marlins,” Schneider said. “I do know that all of these teams have local professional scouts that have asked to come watch him play this season.

“All boys grow up dreaming of being Major League Baseball Players; Paul really has a chance to realize the dream.”

Join The Venture and #Houston in our exclusive series, Journey to the Majors, for an in-depth look at Salazar and UYA. 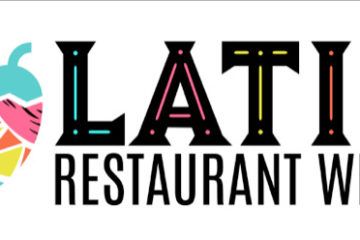