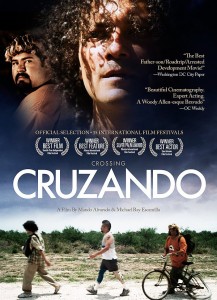 Many  films have been made  about the struggles of Latin American migrants trying to cross into the U.S. for a better tomorrow; CRUZANDO isn’t one of them. This madcap adventure follows the journey of two Mexican no‐hopers.

About a week before the birth of his first child, Manuel learns that his long‐lost father is about to be executed in Texas. Against his wife’s wishes he heads north, abandoning his job cleaning peep‐show booths at a strip club while being tracked by the club’s brutal bouncer.

Manuel’s video cam‐toting pal Diego tags along, planning a documentary of the trek. Mistaken identities, family traumas, and dehydration complicate Manuel’s quest, but he finally learns a familiar lesson: There’s no place like home ‐ even if home is not all that great. In the tradition of Bajo La Misma Luna.

Vanguard Cinema will release the award-winning independent film CRUZANDO to DVD Tuesday, May 24 at Amazon.com, Netflix and other digital, cable and satellite TV platforms.

“We are excited about having CRUZANDO in our line up,” said Freyr Thor of Vanguard Cinema.  “It’s an upbeat film about a very hot topic, and we are predicting its success based on previous comparative releases.”

CRUZANDO is directed by and stars Michael Ray Escamilla (Junkyard Jesus) as Manuel “Meme” Montes and Mando Alvarado as Diego.  The cast is rounded out by David Barrera (Evan Almighty) as The Matador, Tony Campisi (Spider Man 2) as Earl, Gerardo Rodriguez as Ignacio, Montes Maria Helan as Maia and Janis Dardaris as Grace.  The film is produced by Abby Paige Fenton, Rene Garza, Pete Miller, Donna Daley and Liza Rodriguez.

Basilica, a new play by Mando Alvarado, to premiere in South Texas 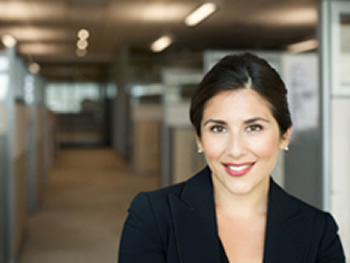