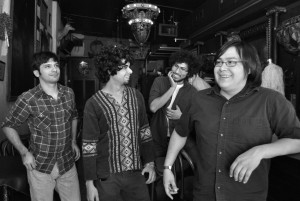 Beware of what prowls the streets of Houston as Tax the Wolf brings the progressive rock movement at in their new album “Hold the Sun”.

“We’re the baby mix of Led Zeppelin, the Mars Volta, Radiohead and the Strokes. Not too progressive and not too hard rock,” said Alan Garza, lead guitarist, on the band’s overall sound. “Our sound is something like instrumental pop and we just tricked you into liking pop music.”

Comprised of Garza, Adrian Graniel on drums, Johnathan Presas on trumpet and rhythm guitar and Mario Rodriguez on bass and lead vocals, Tax The Wolf calls Houston home. From starting out with jam sessions, these local rockers are hoping to soon infiltrate the streets of Austin, San Antonio and possibly Louisiana with a sound as unique and memorable as their name.

The band name stirs up questions. The band members have no straight answer for it but they love to hear what listeners believe it means to them. This is from a band who not only won the Houston Press Best Rock Band award but also the HP Best Band Name award this year.

When it comes to creating their music, the members of Tax the Wolf are inspired by their surroundings and favorite music, which they feel stimulates spontaneity and instinct.

“When you hear something you ask ‘say did you feel that?’. The feeling is kind of like when you kiss a girl,” Graniel said while in creation mode.

This same feeling comes from listening “Hold the Sun”.

Their first track, “Fighting Tigers”, is dedicated to those who have fought for this country. This song has a voice-over of WWII correspondent Edward Murrow from Trafalgar Square in London during an air raid that brings to life an image of a war that newer generations know little about.

“Out of all possible creations our parents made, we are 184 chromosomes,” Graniel said on the meaning of the song.

Other tracks on this album include “Korea ”, which was recorded in a house the band thought to be haunted, and “Freddy & Stephen Hawking’s Great Space Exploration,” with a voice-over of Hawking himself.

“We really hope our message comes across and it opens your eyes to the music around you. Find inspiration and take it somewhere,” said Rodriguez. “We are going to use this momentum and we’re not going to let it go.”

Tax the Wolf will be playing at Ghoulsfest 2010 on October 30 at Tom Bass Park along with Bad Brains and Macy Gray .

Tax the Wolf is also working on a video with Mike G of the band We Are Halffnelson. It is expected to be completed in November.

“It will incorporate downtown Houston,” said Rodriguez about how the video will look like.

In the near future, Tax the Wolf will be collaborating with the local hip-hop duet JuzCoz on a new EP to come out early next year.

“Hold the Sun” is available online at Amazon, iTunes and on www.taxthewolf.com. 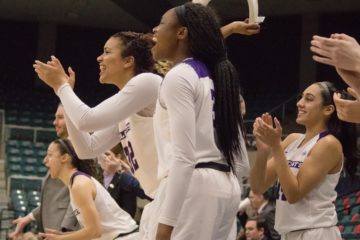