The smell of brisket, chicken and ribs helps fulfill the hunger that drives award-winner Ernest Ramirez to grill.  Growing up in a farm in Southern Texas, Ramirez discovered his passion.

“The 70s were about real cowboys, going out with the cowboys and staying out there with them,” said Ramirez. “That inspired me; seeing all that made me want to grill.”

Upon moving to Victoria, Ramirez became involved with the Knights of Columbus and began cooking chicken. Ramirez later moved to Houston and began participating in cook-offs.

“I came to Houston and started barbecuing with a barrel pit because that’s all I had,” Ramirez said. “Eventually I did a cook-off in New Caney and bought a smoker pit. I won the whole competition and was like ‘Wow! That’s cool!’”

Grilling with a small grill is unethical in the world of barbeque, which is why Ramirez began building his own through his experience of being a welder.  “The one I built took me … around 4 years. It’s an 8-foot rotating pit with a 20-foot trailer. I had no blue prints so I looked on the Internet,” Ramirez said.

Participating in his first major competition in 2000, his team Drillen and Grillen came in second place out of 400 teams

competing in the reserve ribs. Ramirez continued competing and was named Grand Champion of the Houston Livestock Show and Rodeo Cook Off in 2010.

“When they called out the name it didn’t sink in. When I saw my wife that’s when it really did and a big load came off of me. It’s an experience that’s ‘wow’. You want to feel it again so that’s where the hunger comes from – it’s the feeling of accomplishment,” Ramirez said.

The win in 2010 did not only create the hunger but also qualified his team to head off to the Jack Daniel’s World Championship Invitational Barbecue.

“It was a prestige to win something at the Jack Daniels,” Ramirez said. “It’s real hard for a team that doesn’t cook that style barbeque and place second by chicken at the Jack Daniels. It was great, even though I thought it was good just to compete with international teams.”

Ramirez, along with Grillen and Drillen, recently participated in the 2011 Houston Livestock Show and Rodeo Cook Off but did not place.

“We got to keep going because we have a bigger competition coming up with Sam’s Club,” Ramirez said. “We gave it our all.”

Despite competing, grilling, doing charity work and working as a pipe fitter, Ramirez still manages to have his number one priority beside him – his family.

“You have to have family support; they have to be 100 percent behind you,” said Ramirez. “Since the beginning, they’ve helped me out.”

Ramirez’s accomplishments are not left unseen in his family.

“Motivation is huge in my family, and to see my relatives pursuing their dreams no matter their age or obstacles is very inspiring,” said niece Ashley Gomez. “We all help each other; we are a hands-on family.”

While motivating his niece, Ramirez also has his wife’s support. Anna Ramirez believes that not just anyone can barbeque.

“I’m his behind-the-scenes,” said Anna. “We have a good time, and he loves it. You have to love it because it’s a lot of hard work. It’s a passion – it’s his passion. For instance, he prepares mentally…you wouldn’t notice if he’s stressed because he enjoys it. I’m the one who gets stressed.”

Other than competitions, Ramirez has an ultimate dream that he has yet to fulfill.

“He wants to open a barbeque restaurant,” Anna said. “An actual guy who opens a restaurant and is a competitor is going to put all of his heart into it.”

Having his heart in it has allowed opportunities.

“Once you’re recognized, everything starts opening; people start helping you,” Ramirez said. “They accepted me onto the ‘real barbeque business world.’”

Remaining with the hunger and passion, Ramirez awaits what’s in store for him while staying true to himself.

“It’s kind of celebrity status,” Ramirez said. “You have to stay humble.” 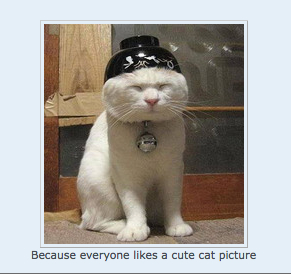