Everyone watched. Her tutu bounced to the rhythm of her tip-toed dance. She could not hear the music over her own heart-pounding but carried on the performance because she had memorized the steps. She could not make out her family in the crowd, but she knew they were present. She let go within herself and danced.

Karina González, soloist dancer for the Houston Ballet started her career at 7 years old when her first performance in front of an audience confirmed her calling.

“I loved the feeling of being onstage,” she said, and from that moment she has continued to develop and excel in her career.

González’ latest debut was in Marie Antoinette which she performed for the first time since joining the Houston Ballet in 2010. She related her experience with this performance.

“Almost all the dancers know and feel familiar with the ballet, so as a new member it was challenging to learn and try to fit in with them,” she said.

Despite the technical setbacks, she enjoyed watching “how the principal character develops her role,” she said. “It is very artistically demanding so I feel lucky to be next to such great artists.”

González was born in Caracas, Venezuela. Prior to her move to Houston, she trained at the Gustavo Franklin Ballet School in Caracas, dancing professionally with Ballet National of Caracas and Tulsa Ballet Theater in Oklahoma, where she reached the rank of principal—the highest position within a professional dance company—in 2007.

She is a silver medal winner of the New York International Ballet Competition. González has danced principal roles in Ben Stevenson’s Cinderella, Andre Prokovsy’s The Great Gatsby, as well as Swan Lake, Don Quixote, and The Sleeping Beauty.

González’ favorite role has been Juliet in Romeo and Juliet because she could relate to the character and transferred the feelings to the audience in her performance.

“The most challenging aspect for me is to get a role that feels natural and makes the audience feel what I am feeling at that moment,” she said about leading a career in dance.

Heavily technical roles are also a challenge. Her role as Odette/Odile in Swan Lake, for example.

González prepares and gets into her roles through rehearsal, coaching and effort. The same elements contribute to her success, plus a little bit of luck.

“I will say what got me here today is working hard, the teachers and coaches that believed in me, giving me many opportunities along the way, and being in the right place at the right time,” she said.

To relax after rehearsals and performances, González likes to sleep, talk to her family back home, listen to Spanish music, watch TV and go to the movie theater. As a dancer who has performed abroad, González does not feel a difference in spectators’ response.

“I really believe that if you do your best and give a good show the audience will enjoy it wherever you are,” she said. 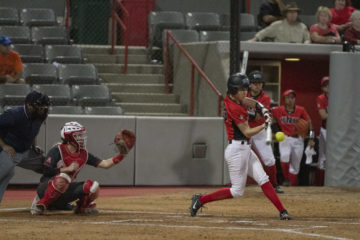