An EGMN investigation comparing crime statistics concluded that the University of Houston had a lower crime rate than Rice or Texas Southern University in 2009. These three universities also reported less crime than their surrounding areas. However, out of six local universities, UH reported the most crimes in the past three years.

According to data collected from the FBI’s Uniform Crime Report, a report conceived in 1929 by the International Association of Chiefs of Police to meet a need for reliable, uniform crime statistics for the nation, UH, TSU and Rice reported the most crimes for the year 2009.

“We are definitely aware of our statistics and the area statistics. Lower is always better for us, but we also want people to let us know when crimes are occurring,” UH’s Department of Public Safety Lieutenant Bret Collier said.

Because there are many variables affecting crime around a particular area such as population density, poverty level, law enforcement agencies and crime reporting practices of the citizenry, this article does not intend to rank universities based on crime, and takes into consideration these differences.

Collier expressed his reservations about comparing statistics to statistics, and took the variables into consideration.

“It’s not to say [they] say anything about the efforts of other universities or other areas,” he said. “We have been very open with what our records are, what we’re doing and trying to do.”

Freshman Kaylie Heiman reads most security alert emails and was scared to hear about the attempted robbery a few weeks ago. As a Moody Towers resident, the recent sexual assault does not contribute to her sense of security on campus.

“It terrified me and my friends since we get out of class at seven, and its dark by then,” she said. “Considering some of the incidents that have occurred in the towers, you don’t feel as safe as you should feel.”

Despite the higher crimes reported, however, UH actually has a lower crime rate than Rice or TSU, as the following table shows. Considering that all universities had a population of 100,000 students, these would be rate, on average, for the year 2009.

The same three universities reported more crime to the FBI in the years 2008 and 2007, as the following table shows:

Despite the highest crime reported between six universities, universities report less crime than the surrounding neighborhood.

“We do maintain lower crime rates than the surrounding area but we don’t really look at that as a goal,” Collier said. “It’s certainly nice that that is true, but it doesn’t affect our efforts. We’re still out there patrolling, keeping high visibility and doing everything we can to make [the rate] lower.”

As far as local police crime rates, all three universities reporting a high crime rate fall under the South Central Division, an area covering 8 beats, a technical name given to geographic areas patrolled by police for statistical purposes, and about 18.4 square miles. Rice belongs to beat 10H80, TSU to 10H60, and UH to 10H50.

The difference between neighborhoods is evident in the crimes recorded for the most recently available month of September 2010, as the chart below shows:

As marked by the numbers, reports of crime within the university communities are far less than the general population’s. According to HPD’s disclaimer, however, the above information may not be used to deem an area safer than another. The variables within beats must be taken into consideration. For example, there is higher volume of foot traffic around UH and TSU than at Rice or UH-CL, which accounts for higher crime reported, not necessarily higher crime committed. There is also the possibility that the information reflects where the crime was reported versus where the crime occurred.

Although Collier confirmed that more “people from off campus” were arrested for crimes committed at UH than students, he does not feel stricter visitor regulations would help statistics, or increase safety.

“We don’t want to wall ourselves off, and even that’s not necessarily effective,” he said. “Unfortunately, a lot of these things that we do to discourage people who would come on campus to commit crimes are never going to be 100 percent effective. That’s going to be true of any free society. You can’t eliminate 100 percent of the crime.”

Collier said the university’s tradition has been to open itself to the public.

“One of the missions of the university is to maintain that relationship with the city as a partner,” he said. “As a university at the center of a major metropolitan area you can’t make yourself gated to the community because we’re part of the community more than anything.”

The safety department acknowledges that people have to walk across campus to their destinations, and they don’t want to discourage that. Though no physical barriers are in sight, the department does plan to incorporate visual barriers to distinctly mark the perimeter of the campus for both students and the public.

“We do want to let people know there are some additional rules that apply when they’re on a college campus” he said.

UHDPS made its annual crime report available to students earlier this semester. The numbers show some inconsistency between those reported through the Department of Education to the FBI’s Uniform Crime Report as required by the Clery Act.

Collier claimed the discrepancy could have resulted from difference in guidelines by various agencies. “Overall, the numbers are going to be pretty close,” he said.

Collier said when security awareness increases so do the number of reports.

Upon interviewing students at TSU, UH-CL and UH-D we found that their campus DPS did not alert students by email about crimes that occur on campus, which made them perceive the campus as safer. Most university police departments, however, have a link on their website where students can check daily campus crimes, as well as call boxes and security escorts.

Collier considers security emails a “double edge sword,” saying they raise awareness as well as raise concerns. People are not used to crime notifications from municipal police departments, he said, but it is a requirement UHDPS exercises to keep students aware.

“[Alerts] give the impression that you’re now in a high crime area,” he said, “And it’s not necessarily the case. Beyond those requirements we feel that we have an obligation to our community to make sure they know what’s going on around them.”

Elizabeth Peña, a UH-Main sophomore, not only receives emails from campus police but also alerts by her parents, who are police officers with HPD. She receives a text from her father informing her of suspicious individuals roaming around campus, and got her dad’s text before ever reading the email about the attempted robbery.

“I feel safe because of him,” she said, “I know what’s going on through him.”

As many other campuses, UH has a Security Escort Program for students to contact an officer to walk them to class or their car. Members of the Cougar Patrol, student paid positions with the department during the fall and spring semester also serve as escort security.

“We don’t want people to feel that they’re imposing in any way when they call and ask us to do something like that,” Collier said, “If it prevents a single crime it’s worth it to us.”

Collier also encourages students to report crimes, knowing that despite the high numbers, not all crime is reported on campus. Especially with more serious incidents, under reported crimes such as domestic violence and sexual assault, he said students should not feel embarrassed but comfortable coming to the department.

“We never want any kind of stigma to be placed on a victim,” he said. “We try to make ourselves open to easy reporting and conversations with the public because we don’t want to scare anybody away. We don’t want it to be a scary process.”

UHDPS is composed of 43 commission police officers and a Civilian Security force of 44 officers. The main difference between the two groups is that the Civilian Security officers are not authorized to make arrests, but they increase personnel to service the campus as well as the residential areas.  Recently there has been an approval to hire 32 more security officers to increase visibility on campus but especially the residential areas.  Collier said the department feels like it could use more bodies to increase security on campus, and appreciates the university’s efforts to help.

“They do realize the value of security and have certainly been generous in what they have given the department to make sure that our security efforts are met,” he said.

Despite the wide and vertical (multiple floor buildings) campus area officers are expected to cover, Collier said the security personnel have a short response to crime.

“When something does occur, or someone has a concern, we’re responsive to that,” he said.

To make for the lack of bodies, the campus is equipped with about 600 cameras, which monitor the campus 24/7. There are 95 call boxes as well as an “active” response agency to answer the calls, Collier said. The neon yellow shirts, as well as the lighter officer uniforms allow for students to spot a patrol officer from afar in case of an emergency.

Property crime violations include motor vehicle theft, larceny theft, burglary, and arson. Quoting from the FBI Crime in the United States site: “Motor vehicle theft is the theft or attempted theft of a motor vehicle. Larceny theft is the unlawful taking, carrying, leading, or riding away of property from the possession or constructive possession of another (shoplifting and pocket picking included). Burglary is the unlawful entry of a structure to commit a felony or theft, and arson the willful or malicious burning or attempting to burn with or without intent to defraud a structure or personal property.

Violent crime violations include murder and non-negligent manslaughter, forcible rape, robbery and aggravated assault. Murder and non-negligent manslaughter is the willful killing of a person by another. Forcible rape “is the carnal knowledge of a female forcibly and against her will” as well as forceful attempts to rape or threat of force to do so. Aggravated assault is an unlawful attack by one person upon another for the purpose of inflicting severe or aggravated bodily injury usually by use of a deadly weapon (attempted aggravated assault is the exhibition or threat to use the weapon). Robbery is the injury to another in the course of committing a theft as well as threatening to injure, or placing the victim in fear. 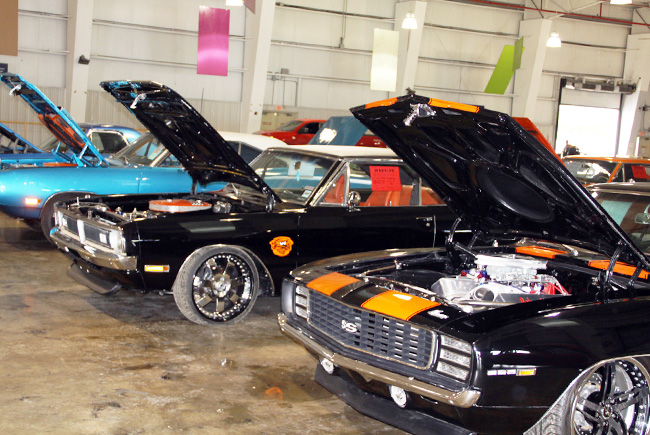