“This place looks like a quinceñera hall with a budget,” Iglesias said about Verizon Wireless Theater. “Huge and flat!”

Due to a knee concern, Iglesias almost canceled the Houston portion of his tour, but decided to go through with it anyway not to disappoint his fans.

“I do apologize about the whole knee thing, but don’t worry about it. It doesn’t affect the mouth at all. I just won’t be running tonight, not like I’m ever running!” Iglesias said to the audience before starting his performance.

Gabriel Iglesias is currently in the process of putting together a new DVD special to accompany his previous first special ‘Hot and Fluffy Live from Bakersfield’ and his second special ‘I’m Not Fat…I’m Fluffy Live from El Paso.’  It was requested by comedian Martin Moreno that new material from the show should not leak out to the public to keep the material fresh for those who did not attend.  However, classic material was still performed such as the  Racist Gift Basket,  Volkswagen Beetle, and  Donuts and Cops. 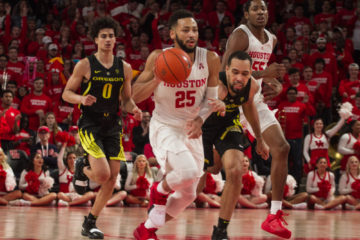