Houstonians are fighting back against unlawful towing that is occurring in private parking lots and garages.

Presciliano Diaz is just one of hundreds of victims who have been improperly towed from a parking facility. In December 2007 his car was towed for alleged non-payment near Jefferson and Louisiana Street after the meter did not give him a receipt after payment.

“I hated the fact that I would have to pay money and the machine wouldn’t give me proof so in the end it was the tow truck driver’s word against mine,” said Diaz.

Diaz sought the expertise of Rich Robins, an attorney who helps victims of unlawful towing practices. They were able to force Apex, the operator of the parking facility from which Diaz was towed, to go out of business.

“There is no justice if you don’t have a good lawyer,” said Diaz. “The court process is complex.”

Being aware of parking protections is what helped Diaz’s case.

“Texas’s parking protections are good for our state’s overall economy but they need to be more clear with how they make parking facility owners liable, instead of mere facility administrators that conveniently lack attachable assets for judgment collections purposes,” said Robins.  “Such parking administrators nevertheless accept ‘kickbacks’ from some of the less than scrupulous towing companies in exchange for adopting illegal towing policies.”

Due to county and state budgetary challenges, there is little to no local enforcement for improper towing.

“It is hard to have a record of how many people have been improperly towed because HPD does not itemize their complaints. They are not funded to follow a number. The City of Houston does not regulate private property towing other than licensing them,” said Derrick Griffin of the Houston Police Department’s Auto Dealer.

Many tow truck drivers get away with improper towing for this reason. Unlike Diaz, many people don’t file a complaint and rather pay the expenses.

On private property a tow truck driver must have a permit to operate. Drivers can be sued in small claims court for damages if they don’t have one.

Although the police department does not involve itself with private property wreckers, it remains a civil issue so there means of citizen protection.

In 2007, Mike Raitano was sentenced to 18 years in prison for aggregate theft from illegally towing $800,000 worth of cars from parking lots. He was found guilty of putting up signs for tow away areas after a person had parked.

“The only form of illegal towing is if the tow truck driver or lot runs its business without proper permission. In the state of Texas there is no such thing as illegal towing all tow truck drivers must register in order to be in the towing business. Towing in the state of Texas is regulated. It’s further regulated in the city of Houston,” said Griffin.

Robins argues that regulations should be changed.

“Citizens should contact their local legislators to request that the Texas parking protections become less slanted against victims. Politicians are becoming increasingly aware of the current laws’ deficiencies but need to know that voters care,” said Robins. 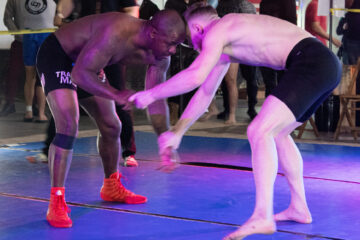