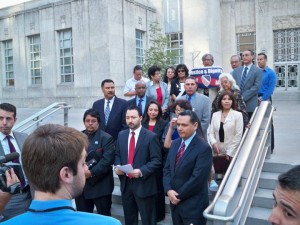 Due to the recent census counts, Houston is currently looking to add two new districts, which Latino organizations are strongly against.

The Coalition is composed of non-profit organizations like LULAC, the National Hispanic Professional Organization and the parent company of The Venture, EGMN. This group is currently asking City Council to reject the plan that would add two city council seats and push the number of districts in Houston to 11.

According to the City of Houston Charter, the City Council is required to have 11 single-member districts when the city reaches 2.1 million citizens. The recent census has shown that Houston has grown by 146,386 people since the last count for 2,100,017 people.

The city has proposed the creation of districts J that is mainly inside the loop and K in southwest Houston.

The Coalition is mainly opposing this measure because it does not recognize the growth of the Latino community, which had the biggest population gains of any ethic group in the last 10 years in Houston.  They view that proposed map does not adequately reflect the Hispanic community because the new districts are placed in largely Anglo communities.

They see this as a dilution of the Hispanic voting strength, especially in Southwest Houston by splitting Gulfton and Sharpstown communities into two districts. This is in violation of Voting Rights Act of 1965, intended to avoid dilution of a minority group.

For the Coalition, they face the challenge of low voter turnout in Latinos as well as the redistricting. Latinos compose nearly half of Houston’s population but reports the lowest voting numbers of any racial group with only 16% voting.

“Latinos are trying to claim the power and influence that comes with our numbers. We need to pay attention,” said Mario Salinas, leader of Progresista Voting Bloc. “I want to offer an approachable alternative to get Houston’s young Latinos out to vote.”

Asides from this, the redistricting plan will effect the UH community.

The funding mentioned by Guerra can impact UH with higher or lower real estate and property taxes, depending on district. It can also effect UH indirectly through economic development like construction, green space availability and other infrastructure improvements, or lack there of.

University of Houston resides in District D, under councilwoman Wanda Adams, who was present during the last redistricting hearing, but has yet to approve or reject the current plan.

The Coalition is currently proposing an alternate redistricting plan. 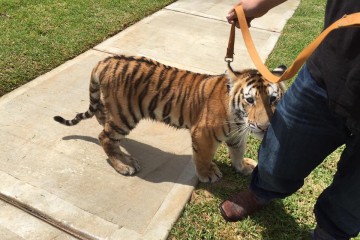