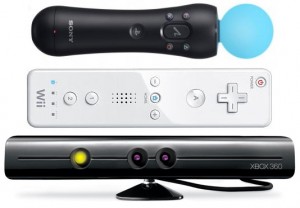 With technology infiltrating almost every aspect of our lives it’s no surprise to find AA batteries replace a baseball bat, a bowling ball or a boxing glove. Not too long ago people actually went outside to get in shape and have fun — oh, the horror!

Nowadays, more and more fall captive to the glitz and glamour that is a high score on our preferred game console. Never mind the skill and merit that an actual sports competition embodies; no, beating your big brother’s or sister’s score on the Nintendo Wii is just as rewarding.

I admit, I also fell in love with how air conditioner-friendly the Wii is during Houston’s bipolar weather. Sometimes it’s just nice to feel like you’re exercising without having to go the extra mile. For those days when every little thing is just making you feel like staying home, the Wii is a perfect alternative.

It sure beats breaking your New Year’s resolution completely.

All perks aside though, the Wii has nonetheless fallen into the bottomless pit that all games dive into: the cheats. Not to say you can do much with a practically codeless game that the Wii Sports  is, but if you angle the controller a certain way, if you twist your wrist just right – Voila! You’ve just hit a record-breaking home run while sitting down on the sofa. The making of a future all-star player? I sure hope not.

It’s laughable to believe that gamers would not have found loopholes in the game. Isn’t that what differentiates an amateur from an expert – to find every glitch and anomaly in a video game and exploit it to feed our crazy, competitive desires?  I daresay, the second someone found it easier to hit a curveball or a birdie sitting down, the Wii’s purpose was defeated.

In the Xbox’s Kinect however, we find a breath of fresh air after getting rid of the Wii’s controller, which was much too similar to our old, sloth-like days of gaming.
With Kinect, “technology evaporates, letting the natural magic in all of us shine.” Oh, well that’s great! You see, I thought we didn’t need a $400 machine to show us our “natural” side.
Even though the Kinect does a splendid job in obliterating the need for a controller, the threat of pseudo-sports does not decline. 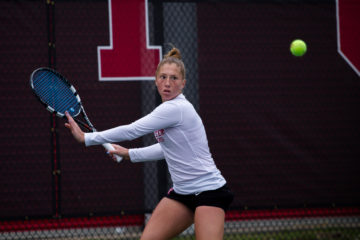