Reliant Stadium was filled to near capacity on Wednesday for a double header of semifinal matches for the 2011 Gold Cup. In an event that can only happen in America, two home teams were featured. The early game had Team USA defeat Panama 1-0 with a goal from Texas-native Clint Dempsey. The second home team, the one most people came to see, won the second game of the night when Mexico defeated Honduras 2-0 in overtime.

The real story of the night was how the fans of El Tri outnumbered the fans of the other three nations that participated in the nights games combined. There was an announced attendance of 70,627 people for the semifinals with about 60,000 of them cheering on the Red, White and Green

Reliant Stadium did not begin to even look full until the last few minutes of the U.S. game where they defeated Panama. The few American fans that were there were joined in their celebration by the bigger Mexican crowd when the U.S. National Team won the game and celebrated in midfield. Clint Dempsey commented after the game how it was special to receive an ovation from the Mexican crowd because he understands how although they are from Mexico, they live and work here and have come to love the U.S. as well.

Once the game started, it seemed Mexico would outplay Honduras with their superior speed and talent. The first fifteen minutes of the game saw Mexico dominate midfield play and have several plays develop near the Honduranian goal.

Honduras was able to adjust their defensive and midfield lines and have better ball control. They also started to use their size to level play with Mexico.

The first half ended with a tie with two very-even teams on the playing field. Mexico took advantage of their speedy wingmen, Pablo Barrera and Andres Guardado, for five shots on goal in the first half, while Honduras used their size advantage in the defense and midfield to generate three shots on goal of counter attacks.

Mexico had to make some adjustments in the second half due to lingering injuries according to Jose Manuel De La Torre. Andres

Guardado was taken out for Aldo De Nigris and Carlos Salcido had to be subbed out by Jorge Torres Nilo. The forced subs hurt the Mexican team as they struggled to find a well balance attack with Guardado out, but the defense did not lose much with Torres Nilo.

El Tri had two scoring opportunities in the second half. One in the 60th minute of a long range shot by Barrera, which was deflected by  Honduras goalie Noel Valladares. The ball then came down only to hit the top cross bar and out of the reach of Chicharito who was waiting to head the ball in at the goal line. The second goal opportunity came in a Mexican counter attack in the 85th minute in which Giovanni Dos Santos was one on one with Valladares, only to have his crossed shot go inches outside the right post. Honduras had the last goal opportunity of the half in the 89th Minute as Wilson Palacios took a shot from far out that was saved by Mexican goalie Alfredo Talavera. The game was still tied at zero and there would still be two 15 minute overtime periods to be played.

With the stadium holding its breath as the first extra time period began, Mexico took advantage of a tired Honduras team and attacked. Three minutes in, Mexico was able to score off a corner kick as man-of-the-match Aldo De Nigris headed in a goal. Five minutes later, Chicharito would score off another corner kick and Honduras was not able to create enough offense to tie it back up.

Mexico will now face rival U.S. in a rematch of the 2009 Gold Cup where Mexico won 5-0. The game will be played at the Rose Bowl in Los Angeles. The game can be watched on Fox Sports Soccer Channel or Univision. Univision will also set up a large screen at Discovery Green on Saturday. 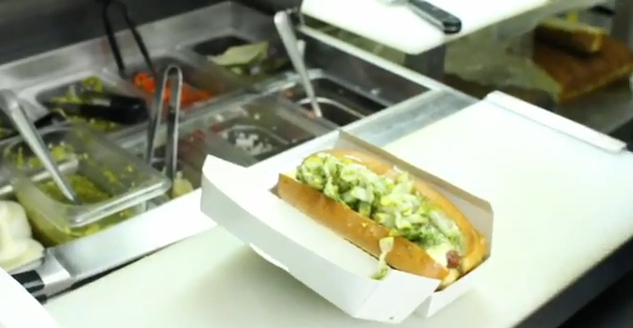