Born in El Salvador, Jesse Salmeron came to the United States at the age of three, fleeing the Salvadoran Civil War. Graduating from the University of Houston in 2004 with a Bachelor’s in creative writing and minoring in theater, Salmeron is currently launching his own production – “Dreamer”.

“Dreamer” is a narrative feature film about Joe Rodriguez, an all-American young man. He’s amiable, well-educated and attractive. He’s graduated from college and is working and excelling in his field. He’s on the way to achieving the American Dream. That is until his employer discovers his undocumented status and the life he’s worked so hard for begins to crumble around him. He must face the possibility of losing his livelihood, his family and, even, himself.

Q:When did you first say this was what you wanted to do – this is your passion?

JS: It wasn’t an epiphany, it was much more gradual.  I’ve always gravitated toward literature, but it didn’t even occur to me that I could pursue it as a career until college.  I was “undecided” until my junior year.  The creative writing department is really incredible with great professors and writers and they took me under their wings.  I realized that this is the only way I’d be happy in life.  I owe much of who I am now to the late Dan Stern (writer and UH professor).  Edward Albee was also extremely influential in my decision to go into dramatic writing.

When I saw Spike Lee’s “Do the Right Thing” for the first time, I knew I wanted to write and direct films.  Other films have touched me profoundly since I’ve seen “Lawrence of Arabia” too many times.  More recently, “Eternal Sunshine of the Spotless Mind”, was a very affecting film.  I love great scripts and those two are certainly that.

Q: What previous films have you directed and what was their outcome?

JS: “Undocumented” was my first film – a documentary about the 2006 mass mobilizations for immigrant rights.  I made it all on my own—wrote, shot, directed, edited, produced—everything.  It did really well, took me all over the country for screening at museums, colleges and for different organizations.

“This is America” was my first narrative feature film.  It was done with very little money and it turned out really well for me in terms of opening a lot of doors.  But last year I wrote a screenplay, “The Father, The Son,” and that changed my life.  It’s an incredible story and it got interest from a major studio.  Now I have access to great Hollywood talent and am able to recruit the help I need to make “Dreamer” a phenomenal film.

Q: If you were not making films, what would you be doing?

JS: I’d be a novelist.  For my senior honors thesis, I wrote the first half of an episodic novel, and I probably would have finished it by now and be on my second or third novel.  I’d be very depressed if I couldn’t make films, but I’d die if I couldn’t write anymore. It’s what I love the most and it’s what sets me apart from most directors, I think.  The script means everything to me.

Q: What feeling do you get when you saw your film completed for the first time?

JS: That is a very complex emotion.  On the one hand, at that point you’re just so relieved and happy to have it completed—it’s such an incredibly arduous task.  It’s a great feeling of accomplishment.  But at the same time you begin to say, “I should have done that differently” or “what if I would have tried this?”.  Maybe it’s because I’m such a perfectionist.  And then there’s the sadness.  It’s strange, but there’s a great sadness in having it finished.

JS: Ten years from now my independent film studio here in Houston will be completed; I’ll be working on my sixth or seventh film and my charitable foundation will have a huge endowment, doing a lot of good for the undocumented community.

Twenty years from now I’ll be committing most of my time to the foundation and my film output will decrease as I shift toward fiction.

Q: What distinguishes “Dreamer” from your other films?

JS: “Dreamer” is completely different from my other work.  I learned so much from “This is America”.  Quentin Tarantino has a great quote about how much he hates his first film and is glad that not many people have seen it because he made all his mistakes making it.  I made all my mistakes with “This is America”, but it has helped me tremendously.  First and foremost, I improved as a screenwriter.  And the scripts I’ve written since are on an entirely different level.  And that’s where it begins, with the script.  “Dreamer” has attracted some great talent.  I can’t announce the names yet, except for Jeremy Ray Valdez, but we are putting together a great group of professionals that is going to turn this into a special film.

Q: With all the Dreamer stories, was it you friend who is working as a day laborer that made you start this film? Or what triggered the idea?

JS: It wasn’t one story so much as many.  I had wanted to write a story about a Dreamer, but I was so busy with “The Father, The Son” that I hadn’t gotten a chance.  What really motivated me to write it was last year when [the DREAM Act] came so close and we were all so optimistic about it passing.  Then it didn’t.  The desolation that followed caused me to sit down and write “Dreamer”.

Q: What makes you wake up in the morning and start the campaigning for the DREAM Act?

JS: Honestly, at first, I dreaded it.  Writers aren’t the most social people, we prefer to be at the computer, punching away at the keys.  But once the campaign started, I began to interact with Dreamers from all over the country and I heard such great stories of struggle and passion that I couldn’t wait to get up everyday and interact with the community.  I wake up every morning and one of the first things I do is post on our Facebook fan page “Good morning, Dreamers!”  A lot of people respond and it’s such a great way to start the day.

Q: What is the main goal of the backers and what does being a backer mean?

JS: Being a backer means you believe in the film and the story is important to you.  A backer is someone who contributes to the film and receives an incentive for it. But I think what’s more important is that they are saying that art like this needs to be made.  We need our voices heard and we want a different kind of Latino Film.

JS: Awareness – to show the desperation and hopelessness that Dreamers face.  A great deal of the U.S. doesn’t know that this is happening.  And we know by sharing this beautiful story, some hearts will be touched and some minds will be changed.

Q: If the film doesn’t reach the goal, what will happen?

JS: Kickstarter is all or nothing. If we do not reach our goal, we do not get any of the money we have raised so far. However, I have faith that our community will not allow us to fail.

Q: In what other ways can the community help?

JS: Becoming a backer is a great way, of course, but helping us spread the word is great too.  During production, we’ll be reaching out to the local community for resources: locations, volunteering, etc.  There will be many opportunities to get involved in the film.  The kickstarter campaign is the first of many.

Q: How will this film affect the Houston community?

JS: It’s going to be good for the entire city.  It’s going to do wonders for the film community.  Having a quality film like this and bringing the talent to town goes a long way toward exposing how great Houston is and how much it has to offer.

Q: What is your main dream in life?

JS: I’m living it.  I want to make films that are important to my community, that tell our stories.  It amazes me that nobody else is doing that.  There’s no Latino Spike Lee; there’s no one out there making quality films about our issues, about what we care about.  And there’s so much material there—I have so many stories to tell.

Q: What is your message to students who are trying to figure out their purpose in life?

JS: Relax and let it come to you.  And when you figure it out, do it.  Give everything you have to it. I knew this is what I wanted to do and there was no backup plan for me.  I dedicate every waking hour to becoming a better writer and filmmaker.  WORK HARDER AT IT THAN ANYONE ELSE.

Q: What do you know for sure?

For more information over Jesse or Dreamer, visit http://www.undocumentedproductions.com/ 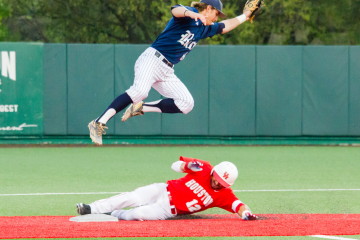