The Houston Dynamo took the victory 3-1 over the Seattle Sounders; more than 18,400 fans came out to watch the game and to salute our military.

It was the second match between these two teams this year. The first   encounter was in Seattle where the Dynamo tied 1-1. The night started off a bang with an early goal at seventh minute from midfielder Colin Clark after a deflection from Brian Ching.

With a concrete assistance from Cameron, Ching with a powerful header was able to breached into Keller’s net and score the second goal at minute 22. In the 31st minute Bruin had to be substituted due to a left knee injury and Cam Weaver came in as a sub.

“We know its crunch time. It’s time to get some points at home. It’s time to start moving up the charts if we want to be in the playoffs, and you know we all have pride and we all want to be in the playoffs. We don’t want a repeat of last year. So I think we have to take it upon ourselves to come out and perform, and tonight is a good start. Let’s not read too much into one game. You need to put three, four more like this together, get some more wins, before we start patting ourselves on the back.” Said Ching who scored two goasl in tonight’s game.

Even though the Dynamo was ahead since the start they did not cease fire the attacked Keller’s arc twice in a row in minute 32.

But in the 37th minute defense Corey Ashe committed a foul against number 17 Fredy Montero gave the rave green team some hope when a penalty shot was given to them. Alvaro Fernandez took the shot and scored giving the sounders a chance to catch up to the Dynamo.

“I thought we were in the game when we got to 1-2  I felt very confident that we could get a goal, but for sure I think they played a better second half” said  Seattle forward Nate Jaqua.

The Sounders tried several times to obtain a goal but the Dynamo defense was not willing to let them score a goal. The orange men came from defeat against Chivas U.S.A   that broke their four game winning streak.

In the 70th minute Brian Ching, once again, scored for the Dynamo. The goal came after a great pass from Colin Clark. This was Ching’s third goal of the season.

“I’m very happy for the guys. I told them afterwards I think it’s the best we have played this year. Energy was good, enthusiasm was excellent, and we scored a couple good goals in the beginning of the game, which gave us some energy and some confidence. We had some scary moments there, but all and all, I thought we played very well tonight, and I’m happy for the guys,” said coach Kinnear about the game.

With tonights win the Dynamo come back to life once again. The Dynamo’s next match will next Saturday against Philadelphia Union.

"The Case of Joe Campos Torres" debuts to a packed house 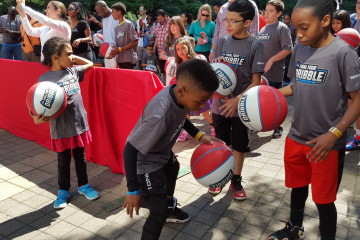