Barcelona finished their U.S. tour with a comfortable 2-0 victory over Club America in front of 60,087 fans at Cowboys Stadium.

“We have to use this as a tool,” America head coach, Carlos Reinoso said. “We will now focus on the domestic league and use this as a learning experience.”

Barcelona broke their two-game losing streak, which includes a surprising 4-1 defeat to Chivas de Guadalajara midweek. Prior to today’s game Barcelona head coach Josep Guardiola, left his team with a clear message. He refused to leave the U.S. without a victory.

Barcelona started the match with eight of their regular players; America relied on the same team that lost 2-1 to Estudiantes Tecos midweek. America attempted to shut down the middle of the field leaving Pedro Rodriguez and Adriano Correia free to wreak havoc on the flanks.

America managed four shots on target and had an opportunity to take the lead in the seventh minute; Vicente Sanchez broke free on the left flank leaving him one-on-one with Victor Valdez. Sanchez tripped himself before he could get a shot on goal, much less past the reach of Valdez.

An unmarked David Villa broke the deadlock in the 24th minute, with a swift header off the assist from Adrian. As expected, Barcelona dominated possession with 71 percent throughout the game and forced America goalkeeper Armando Navarrete, to save five shots.

Navarrete was replaced in the second half for Leonin Pineda. Pineda was left to dry on the second goal when Paul Aguilar lost his man, Gerard Deulofu, who sent a wobbly cross to Seydou Keita, who put the game out of reach.

“We just played the best team in the world and we’ll use that experience for future games, “ Aguilar said. “We don’t like to lose, but I liked the attitude of my teammates. They set up a lot of good plays and we just couldn’t finish them.”

Confused Chicano: You know you're Chicano when... 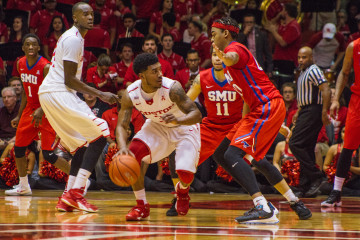