Fútbol, Soccer, Calcio Futebol or whatever you want to call it, is a worldwide sport that has more than 30 billion followers. So, if it is such a popular sport, why is it still taboo for women to play and actually be good at it?

To better understand this, here’s a brief history about soccer:

There are many stories of where soccer originated but most agree it was officially born in England during the late 1860’s when the Football Association was born.

Yet, there is plenty of evidence around to suggest that soccer existed many centuries before. This evidence comes from second and third BC China and there is, as well, evidence of soccer in Mesoamerica.

Countless people think that women only started to play soccer in the 1990s. This is actually not true. Women have been playing ever since soccer first started. However, societies norms formed, and thought of the sport as being too violent and made for only men.

“When I started playing, some people told me that playing soccer was a men’s sport and that no one would date me because I played,” said Diana Marcela who played during her high school years in Colombia.

This type of reaction is quite common, for example, in Brazil – a country that lives and breathes soccer and even declared a national holiday when the national team plays. But the women’s team was not always supported and was even banned until the 80s.

England also banned women’s soccer because it was gaining too much popularity. It was only until 1971 that the ban was finally lifted.

In the U.S., women have struggled also. Women’s United Soccer Associated ended in 2003 due to the lack of support even with an all-star player like Mia Hamm.

In 2009, Women’s Professional Soccer was formed in an effort to promote women’s teams. Although the league only has six teams, it has gained popularity and seeks to expand.

The FIFA Women’s World Cup just ended. The U.S. National Team made it all the way to the final, but unfortunately lost in penalties to Japan.

Even though the team lost the final, they have already won two Women’s Worlds Cups; the first one in 1991 and then again in 1999.

Also, the team has been ranked number one in FIFA’s women’s world ranking.  Still with these two world championships, they are not supported as the U.S men’s soccer team is.

Unlike the women, the men’s teams have only made in it to third place in 1930. The men’s team is ranked 24 by FIFA.

No one can deny that soccer is a male-dominated sport. However, women all over the world not only show how tough they are in the field but also have to fight against negative views.

So support those women who are playing with heart and not getting paid much – those who practice, as some would say, the purest state of the game. 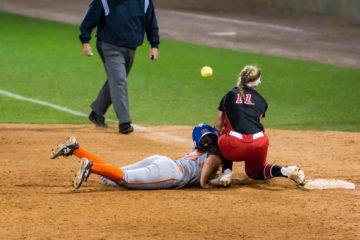