The Mexican and U.S. National teams will once again meet each other this year in a friendly match in Philadelphia. Mexico beat the U.S. in this year’s Gold Cup Final by dramatically coming from behind two goals and an end score of 4-2. In all competitions, Mexico leads the U.S., 33-15-11.

2006 and 2010 World Cup Winners, Italy and Spain, will face off for the first time since Spain became World Champions. The two National teams will play in Bari, Italy for a chance to prove who really is best.

It is only the second week of the EPL and there is already a very good match to watch. Liverpool will pay a visit to Emirates Stadium for a chance to make this year’s campaign a lot better than last’s. Arsenal and Liverpool played the first game of the season last year ending in a 1-1 draw.

The only notable Spanish La Liga game to look forward to this month is the Sevilla derby. Real Betis has spent the last two seasons in la Segunda Division (Second Division) and Sevilla is coming off of a 5thplace finish in last season’s La Liga. The last time they met, Real Betis beat Sevilla F.C. 2-0.

Arsenal will conclude a tough August as they challenge defending EPL Champions, Manchester United at Old Trafford. Arsenal defeated United at the Emirates 1-0, May 1, 2011, as United went on to win the league.

In La Liga Mexicana, Pumas and Cruz Azul will battle each other out in a city rival game. The only game against each other this year ended in a 3-3 tie. UNAM was the Clausura 2011 Champions however, Cruz Azul was just as good, making the semifinals in the tournament.

What more can be said of this match than Thierry Henry vs. David Beckham? This game will be a clash of MLS superstars.

England will continue their Euro 2012 qualifying against neighbors Wales. While the rivalry is not as big as that of England and Scotland, the game has some significance as both teams are vying for a spot in next year’s Euro competition.

After playing Arsenal a few weeks before, Manchester United take on Big Four rival Chelsea at Old Trafford. The two are the past two seasons EPL Champions. Who will win this big game on their way to glory? 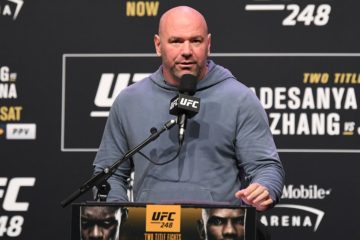