“We want to encourage the illegals to leave America on their own,” William Gheen, president of Americans for Legal Immigration PAC said.

Where does Gheen expect these people to go? Conventional wisdom says that there isn’t an influx of undocumented migrants from Europe or Asia. He cannot entirely expect the roughly 11.1 million immigrants (80 percent of them from Mexico and other Latin American countries, according to the Pew Hispanic Center) to leave North, Central and South America entirely.

Oh, he only meant the United States.

When Gheen’s quote was published in a New York Times article on August 9, it served not as a reminder of peoples’ intolerant attitudes towards undocumented migrants, but as a reminder of the United State’s elitism.

The United States has come to claim the title of “America” for itself and “Americans” for its people almost exclusively. The U.S. does sit quite snugly between Canada and Mexico in North America, and U.S. citizens are technically Americans. However, when America automatically equals the United States, the other 30-plus countries in North, Central and South are discredited. They share this great landmass with us in the Western Hemisphere, but do residents of Chile, Brazil, Canada, Costa Rica not deserve the title of American?

Apparently not – according to the Associated Press.

AP style – used by The Venture and most major newspapers in the U.S. – lists American as “an acceptable description for a citizen of the United States.” No Canadians, Brazilians, Chileans; they must only be defined by their country!

The United States doesn’t have much a reason to be a grade school bully when it comes to titles. Amerigo Vespucci, the Italian whom the Americas are named after, landed in South America in the 15th century – the time when land exploration was all the rage. The U.S. was hardly a speck on a map.

The U.S. needs to come to terms with its place in the Americas. It doesn’t own the Western Hemisphere, and with the current debt crisis, it couldn’t afford to buy all of the Americas. However, the U.S. should learn to share its great title to promote tolerence of its south-of-the-border (and north!) neighbors.

Undocumented Mexican migrants, Peruvian llama herders, Canadian Eskimos – all Americans. The only thing separating these groups and all those in between  are a couple of lines on the map.

Staff editorials are written by The Venture editoral board and represent the views of the paper.

Agree? Disagree? Just have an opinion? The Venture would like to hear it. Email editorinchief@uhelgato.com with your views. Your opinions may be published.

Children of disfunctional families, afraid to be parents 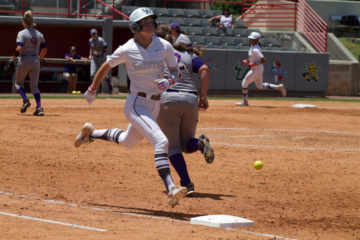