With the passing of Senate Bill 324, the University of Houston–Clear Lake has been approved to provide classes in the freshman and sophomore levels. UH-CL currently has undergraduate students only at the junior and senior levels.

“In addition to sustaining our long-standing partnerships with area community colleges for transfer students, UH-CL will work with area high schools for students who wish to transition directly from high school to UH-CL,” UH-Clear Lake President Dr. William A. Staples said via email.  “We will also pay particular attention to offering financial aid and student services focused on student success at UH-CL, including recruitment, retention and graduation.”

The downward expansion is tentatively projected to begin offering underclassmen courses in the fall of 2014, estimating between 500 to 600 students enrolling in freshman courses in the beginning of fall of 2014 and ending in the summer of 2015, increasing enrollment levels in the following years. For the first years that it launches, it will only be implemented at the main UH-CL campus.

“Depending on future demand and resources, lower-level courses could eventually be offered at the UH-CL Pearland campus,” Staples said.

Even though the change is taking place at UH-CL, University of Houston (main campus) student Kevin Demen, who commutes from Manvel, feels that if it was his first year in school, he would have taken UH-CL in consideration.

“If I was an incoming freshman, I would consider going to UH-CL, but I am approaching my final year as an undergraduate student and I would like to complete it at the main campus,” Demen said.

University of Houston-Downtown campus student Armando Garza thinks it will affect UH-D by causing a loss of students.

“I believe now it will take away some of the students that we have at UH-D. Some of them would come to our campus since there weren’t lower level classes (offered at UH-CL), but now that they will be offering classes to freshman and sophomores, I believe so many people won’t have to make the drive. Now that they are a little bit nearer, it might affect our student body,” Garza said.

UH-CL currently offers 40 undergraduate degree programs, and students admitted to UH-CL will be able to enroll in any of the programs that they are qualified for. New degree programs will be added along with the new courses.

“New degree programs will be added as demand and resources allow,” said Staple. “A comprehensive range of freshman and sophomore level classes will be offered by UH-CL’s four schools to ensure core curriculum requirements are available to students. Lower-level courses that we foresee adding to our roster include college algebra, American history, composition, general biology and several other introductory classes.”

The number of students attending UH-CL will be the most notable effect. As for the whole UH System, it will offer another option of attending a four-year university.

“Students have many choices to consider when pursuing higher education, including numerous universities and community colleges,” Staples said. “Many factors influence a student’s choice of a higher education institution, such as the programs being offered, the quality of the programs, the quality of the faculty, the array of student services, location, tuition and fees, availability of financial aid (including scholarships) and campus safety.”

UH-CL’s high-quality, accredited, cost-competitive programs are offered on-campus, off-campus as well as online meeting the needs of their current as well as prospective students.

“I think that adding freshman and sophomore classes to UH-CL is very beneficial,” Demen said. “This is another step in how UH becomes more diverse and unique.” 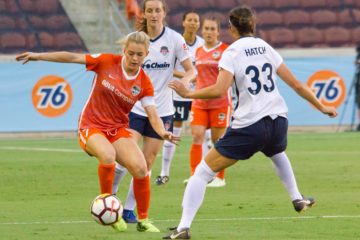