To highlight the recent design and technological changes of the earth-friendly 2012 Focus, Ford Motor Company hosted the Hispanic Blogger Challenge in Houston, Miami, Los Angeles and New York. Ford invited prominent bloggers from each city to participate in a morning of environmentally-friendly debauchery.

I enlisted the services of our fiercest competitor, sports reporter Arianna Martinez. We and four other bloggers from the Houston area were divided up into two teams and drove a 10-mile route to see who could get the most miles-per-gallon (MPG).

Arianna, who normally drives a new Nissan 350z sports car, got into the competition mode early by showing up at the hotel in a borrowed Scion Xa which gets an estimated 32 – 38 MPG and has the body silhouette of a shoe.

The Ford representative debriefed us on the changes to the Focus that would come into play during our race and gave a couple of tips on how get the most MPG from the car.

Bloggers were divided three per car: one to drive, one to navigate and one to fight off the hordes of angry Houston drivers that we were sure to encounter on our quest for dominance.

Arianna and I were on the Black Team with radio industry hustler and promotional guru Mikethamovieguy Pierce Mireles.

The Other Guys (Red Team) were JoseMambo of Merengue infamy, Juan of Words – Houston’s best personal blogger and Frida Villalobos who brings the café experience to the web via Frida’s Café.

Ford gave us a few minutes to strategize and inspect our respective cars. Of the two, ours was the hot rod – a sterling gray Focus with manual transmission and black rims.

I was saddled with driving duties, not because of my glory days as a wannabe racer during the height of Fast and Furious mania, but because I’m the only one crazy enough to put up with a manual transmission as my daily driver in Houston’s notorious traffic jams.

Our plan to conserve gas was simple: minimize weight, keep a low and consistent speed, coast on neutral and use no a/c in 106 degree heat. Little did we know at the time that the members of the Red Team were master schemers of diabolical proportions.

As we set off at a tortoise-like pace, I was surprised at how much support the driver’s seat offered. A few years ago, I rented an older Focus, and every time I made a turn, I slid into my passenger’s lap which got awkward when I gave a friend a ride to the gym for a hoops tournament.

We started out the race in the leader position naturally, but Red Team passed us with hazard lights on and A/C blasting.

It was all part of our plan, which we explained in detail to the chatty videographer Ford planted with us. Conveniently, after we spilled our guts to Ms. Chatty, we were instructed to pull over and switch videographers.

This tree of a man came running up to our car, and plopped himself in the front passenger’s seat. He easily had 100+ pounds over Ms. Chatty which we figured would kill our MPG. Our complaints fell on deaf ears so we sucked it up and soldiered forward.


After the switch, we pulled back into the leader position.

The camera guy wouldn’t divulge the plans of the Red Team (not that we asked), but he did encourage us to sing a group song. An odd request meant to serve as a distracter courtesy of the Red Team.

Our plan was working perfectly up to this point. MPG was rapidly climbing and Red Team was getting the brunt of Houston’s hate as both cars occupied one side of a busy two lane street.

Towards the end of the race, which one blogger referred to as the “slowest on the planet”, I wondered why Juan of Words was looking relaxed in the other driver’s seat laughing it up while angry truck drivers flicked them off.

Then it hit me like a tornado-propelled bumble bee.

Team Red had been drafting (taking advantage of our aerodynamics) the whole time. They let us take the lead so they could reduce their own aerodynamic drag and conserve energy and fuel.

I made an emergency maneuver and got back behind Red Team’s Race Red Focus, but the race was virtually over.  A few minutes later, the Red Team decided they couldn’t take the scorching heat outside and sped up to the finish line.

We, being the hard-core competitors, stayed the course and maintained our leisurely speed for the sake of a higher MPG. Besides, the new design of the Ford Focus allowed ample wind to circulate throughout the cabin, even at 15 mph.

Rolling to the finish we obtained 29.6 MPG. Frida’s Café let us know it was good enough for second place. Red Team was able to get over 31 MPG from their automatic Focus which we learned had state-of-the-art green technology that allowed it to conserve more fuel and cruise control.

Mikethamovieguy cried foul at which point Frida’s Café unleashed a barrage of trash-talk that would make Kevin Garnett proud.

Even though we didn’t win the race, our goal was accomplished. We got to know the 2012 Ford Focus more intimately, and this isn’t the cheap rental car it once was. 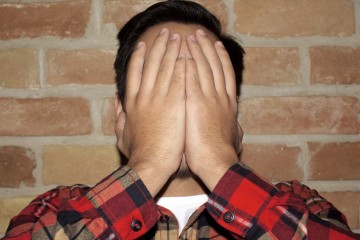