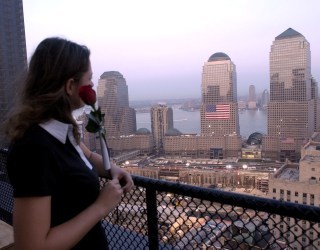 The collegiate staff of The Venture reflect on their experiences during 9/11. Though many were still too young to comprehend the full scope of the tragedy at the time, the experience has had a profound effect on their lives. Students are from the University of Houston unless otherwise noted.

I was in the fifth grade in El Paso when the Twin Towers fell. What I remember the most about that day was not so much watching the tragedy on TV, but the talk of war among my teachers. I grew up in a military family near an Army base, as did everyone else in my class. At the age of 10, we couldn’t understand terrorism or how one event 10 years ago would affect us.

It wasn’t until a few days ago that I’ve realized that I’ve been surrounded by war for half of my life. I’ve read the news stories about the men and women in uniform being sent to Iraq. When I volunteered at the military hospital on Ft. Bliss as a teen, some wards were blocked off because some returning troops suffered from injuries too gruesome to be seen.

Ten years later and the same thing is happening. This Sept. 11 Americans should remember those who lost their lives on that day, those serving overseas and reflect on how much our individual lives have been changed by that day.

I was in my history class when we heard over the intercom “We are closing down the school early due to a national emergency.” Next thing I knew, we were all lined up in the cafeteria waiting on our parents to pick us up.

As we drove home, my dad told me, “Someone attacked the United States.”

I sat there confused – who in their right mind would threaten the United States? Why? Where? Are we being attacked in Texas as well?

When we got home, everyone gathered around the television watching the same image on every channel. I froze; I could not believe what I was seeing. I cannot describe the immense hole in my stomach that I felt the moment the second tower went down.

I was ten years old and terrified. I am sure everybody was. Fear was not the only thing I felt; at that moment, a sense of patriotism came over me like I had never felt before. I am Hispanic, and this is my country.

I can’t believe it’s been 10 years. That means I was 12 years old when the World Trade Center was attacked on September 11, 2001. I remember it vividly.

I was in my 6th grade history class. I was wearing a white polo shirt, and my hair was pulled back in a frizzy bun. I remember hearing a series of announcements through our speakers saying the US was being attacked in New York City and to remain in our classrooms. I couldn’t grasp anything but the word “attack”, and it was right then when I began to panic.

My middle school did an incredible job keeping us calm. They turned on the news on the TV screens where they would show the morning announcements, and there was complete silence. The look on my teacher’s face was priceless.

It wasn’t long until the school released me when my mom came and picked me up in frenzy. She’s a worrier. It was definitely terrifying. I was so young, and I didn’t understand why all of this was happening. It was an unfortunate event we had to witness as a country. 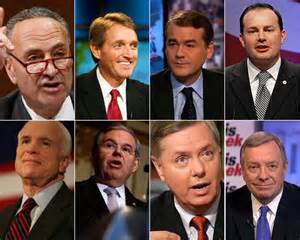