Is ‘The Lion King’ Anti-Latino?

I noticed that Disney’s ‘The Lion King 3D’ topped the box office rankings again this past weekend.  This brought to mind a few points I had come across years ago, suggesting that this film has anti-Latino undertones. I know, I know. I can hear the scoffs and criticisms now, “How dare anyone tarnish this beloved childhood film?!” Before you write me off, please consider the following.

First, let’s look at what was going on in California, where Disney Studios are headquartered, in 1994, when the Lion King was released. California’s Proposition 187 was a 1994 ballot initiative to establish a state-run citizenship screening system which would prohibit undocumented persons from using health care, public education, and other social services in that state. The proposed law was approved by voters as a referendum in November of 1994. This was the first time that a state had passed legislation related to immigration, customarily an issue for federal policies and programs. The law was challenged and was ultimately found unconstitutional by a federal court.

We also have to keep in mind that by the early 1990s Disney had realized that it made sense for them to craft films that would not only appeal to children, but their parents as well, since parents are the ones paying for the tickets at the box office and they (hopefully) sit with their children in the theater. This practice was soon adopted by other studios and is still used today (think Shrek). You appeal to parents and keep them engaged by using language, symbols, images, and storylines that suggest more adult themes and subjects, but aren’t too blatant as to take away from the “magical worlds” Disney is known for creating.

Keeping these two factors in mind, let’s take a brief look at the storyline of The Lion King from the perspective of a baby boomer parent (born in the 1950s, raised in the 1960 & 70s, having kids in the 1980s).  As a cub, Simba is told that the lions rule everything the sun touches, and these are the Pridelands.  After the traumatic experience of Mufasa’s death, Simba retreats to the jungle where he grows into a long-haired, carefree young adult & lives by the “no worries” mantra. Is it possible to make connections between this & the national trauma to US dominance that was Vietnam & the long-haired counter-culture that evolved during that period?

Before you answer that, consider that everything exists within some sort of narrative; something that frames it. Our stories, movies, cartoons, ect. all exist within a cultural framework, or signifiers that lets a person know “where they stand” in relation to the narrative. These techqiues are used to help viewers identify with characters.

Fast-forward to when Simba must return to the now resource-scarce Pridelands, which are being overrun by hoards of hyenas. The only two hyenas to have speaking roles are played by a Chicano, and an African-American woman, Cheech Marin and Whoopi Goldberg respectively. There are several times when actual lines of Spanish can be heard from the hyenas. You may recall the “Que pasa, Mufasa?” line. These two hyenas provide some comic relief & are ultimately portrayed as dim-witted (which is historically common for “characters of color” in Disney films).  So Simba must abandon his “no worries” philosophy and take a stand against the invading hoards that were ruining the Pridelands.  Consider this with the Prop 187 passage that same year, & it is possible to make a connection.

A question that may arise is why is this film being re-released now? Just wondering.

Is ‘The Lion King’ Anti-Latino? 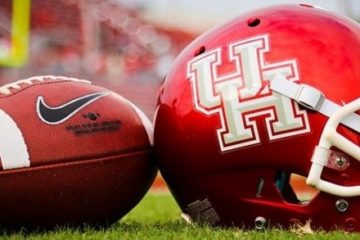