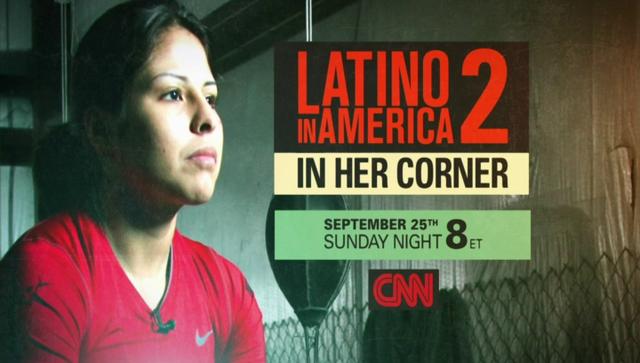 Latino in America 2: In Her Corner is a gritty, suspenseful and funny documentary that chronicles U.S. national boxing champion Marlen Esparza’s road to the 2012 Olympics. CNN’s award-winning journalist, Soledad O’Brien, shares Esparza’s all-American story through a riveting narrative that leaves more than a few men weepy.

The documentary recounts Esparza’s life and the unusual decision she made at the age of 11 to start boxing after her parents divorced. She’s petite, she’s fierce, she’s a boxer and she’s Latina.

Born and raised in Houston, Texas, Esparza is a first generation Mexican-American.

Esparza wants to go to college; she is witty and honors-student smart, but she’s postponed academic ambitions in pursuit of her dream to make the 2012 U.S. Olympic team.

Her parents, particularly her dad, have scrimped, saved and sacrificed to make her dreams a reality. At 22, she has been boxing for a decade and still going strong. She went nine years without losing a bout, she holds the record for the longest winning streak, she is a six-time National Champion, but the question remains, will her best be good enough to make the U.S. Olympic team.

Esparza not only had to win her sixth national championship in June, but she has to win next February’s Olympic trials, and finish in the top eight at the AIBA World Championships in May to qualify for the Olympics.

The competition Esparza has to fight through is tough, especially Christina Cruz, but Esparza believes she has a chance. There’s no doubting her confidence when she states: “Some girls are better than me, they just don’t know it, so I win.”

Traditionally, boxing was a sport dominated by males. For many years, it was unheard of to see a woman, but that’s changing. Now more women are getting into the ring and lacing up the boxing gloves. Many of the athletes in the documentary use boxing to escape the troubled neighborhoods they grew up. Boxing keeps them focused and offers a positive outlet for a better life.

Although the U.S. has been slow to embrace the sport, which was a barrier into its inclusion for the Olympics, the International Olympic Committee announced in August 2009 that women’s boxing would be included at the 2012 Olympic Games in London.

America is a country that falls in love with her athletes, especially Olympic athletes. Many dream of becoming Olympians and bringing home the gold, but very few ever get the chance. Only the treasured few, those elite athletes that follow their dreams, will tell you of the hard work and sacrifices it takes to make it that far. It’s a lonely road to the top, all for a chance to represent their country in the Olympics.

Esparza could not enjoy the life of a typical young woman. The night of prom her coach, Rudy Silva, and her dad were waiting for Esparza to get home. She couldn’t stay out as late as the other students because she had to train.

Silva, owner of Houston’s Elite Boxing Gym and a police officer, initially didn’t want to train the future champion. After constant pleading from Esparza, he relented and put her through a grueling regimen that he believed would cause her to quit. She didn’t, and it was the young boy boxers who dropped like flies.

Latino in America 2: In Her Corner differs from O’Brien’s other documentaries in the series in that it only features Esparza’s life. The singular focus allows more time for the audience to get to know Esparza, her family and her coach, Rudy Silva.

Will Marlen Esparza make it to the Olympics? Watch it and see for yourself.

*This article was updated to correct inaccuracies concerning Olympic qualification 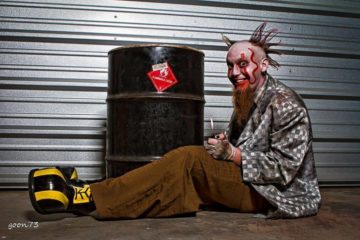