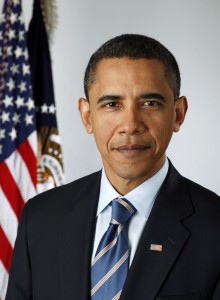 Some call it a cat-call. Others call it a legitimate question. However, regardless of what it was labeled, it was the main question on the minds of audience members in the LinkedIn town hall meeting hosted by President Barack Obama on Monday.

The question “Where are the jobs?” was coined by Republican house leader John Boehner, but holds relevance across red and blue lines. The popular phrase was addressed in a speech earlier this month when the president debuted the New Jobs for America Act which plans to implement the usage of grants by state and local governments as a means of promoting job growth in the U.S. The proposed job growth would be mainly concentrated in areas such as infrastructure and “green” technologies.

The LinkedIn town hall meeting was created to promote the New Jobs for America Act and undoubtedly drew its audience not only from the curiosity surrounding the new plan for American employment, but also because of the possibility for heated one on one discussions with the president himself.

During his meeting with the American public, Barack Obama reassured the 9.2 percent of the population that is unemployed by saying, “Right now your challenge is not you, it’s the economy as a whole…The encouraging thing for you is that when the economy gets back on track in the ways that it should, you are going to be prepared to be successful.”

As a means of achieving the economic stasis that the president assures will cure the issue of unemployment, he plans to raise taxes on those who garner over $200,000 in wages annually. Though these changes could help lessen the burden of taxation on the average middle class American, many house Republicans, including Boehner, are not completely on board with this tactic. The speaker said that, “Republicans have demonstrated that this problem can be solved without job-destroying tax hikes.” Still, during the town hall meeting, Obama was faced with a rather thought provoking question: Would you please raise my taxes?

The question, asked by a former Google employee, caught the president off-guard and the audience didn’t know whether to laugh or gasp. However, the answer to the question addressed another hot-button topic: class warfare. “So often the tax debate gets framed as class warfare. But we’re successful because somebody invested in our education, somebody built our schools, somebody created incredible universities…We benefitted from somebody somewhere making an investment in us,” said Obama.

Regardless of whether or not the New American Jobs Act has won over the hearts of American citizens, the plan was broadcasted live via computer to more than 16,000 people with the question, “Where are the jobs?” weighing heavily on their minds. Interestingly enough, the answer may not have come from the president himself, but from a bold, nameless, former Google employee.