Mayor Annise Parker spoke to University of Houston students about water conservation and the ongoing drought at the World Affairs lounge on campus on Tuesday.

To combat these on-going issues in the city, Parker will be working with City Council to enact a burn ban that could be implemented as soon as Wednesday.

“Houston is used to an abundance of rain. However, with the drought not only in Houston but all throughout Texas, it is making water conservation more of an issue. Conservation laws are in place because we need to maintain water reservoirs for public use, such as fighting fires,”  said Parker.

She told the audience that on her way to the event she received a text message about a wildfire taking burning at George Bush Park.

After addressing concerns about the drought, a student asked Parker, “Who inspired you to want to be who you are now?”

She responded by recalling the great female role models in her life such as her mother and grandmothers, who were all working women.  These women attended college, some UH alumni, and then went on to make a living for themselves and their family.

Mayor Parker attended Rice University but said looking up to these women is what inspired her to work hard.

“It is a joy to get up every day and work for the city of Houston. It is something special to be a mayor, especially for your hometown,”  said Parker.

The event was hosted by the Urban Experience Program as part of their mentoring series for the UH community. 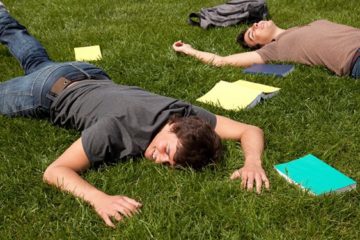