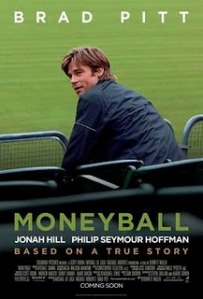 Brad Pitt stars in ‘Moneyball’, a sports movie that documents the 2002 season of baseball’s Oakland A’s. However, this movie is not about sports; there’s no crafty pitcher to root for, no little guy fighting the odds against bigger players, and in fact, what happens on the field has little to do with the movie.

The star of the movie is Billy Beane, the General Manager of the Oakland A’s, portrayed by Brad Pitt. In the movie, Beane initially seems like a typical Brad Pitt character: charismatic, cooler-than-thou, confident and in-charge. However, the real story of the movie is how Beane lives in the shadow of a failed career as a baseball player while he painstakingly builds a team that must compete with the New York Yankees, who live on a budget four times as large as the A’s.

To compete in this situation, Beane finds that he must rely on unorthodox methods. He leaves behind the traditional “judge by the eye” scouting method of baseball and partners with Peter Brand, a Yale graduate with an Economics degree (portrayed by Jonah Hill). Using statistics, he builds a team of players overlooked by teams that use traditional scouting methods.

Initially, the experiment is a disaster, as Beane is unable to convince others that his method works. As losses build up, Beane loses his cool and is constantly reminded that he was a massive failure as a player, but he also forges a bond with Brand that keeps him from losing focus and losing faith.

Brad Pitt and Jonah Hill do a wonderful job of portraying these characters, the latter quite surprising as Hill is known for roles in comedic movies like ‘Superbad’ and ‘Get Him to the Greek.’ However, as Jim Carrey, Adam Sandler, Robin Williams and Bill Murray have shown, comedians can do serious movies, and do them well. Hill is no exception, although he does not have the screen time of the aforementioned comedians.

Hill plays the role of a pragmatic math wiz well, and his subtle quirks left the audience laughing as often as his comedic roles. Hill’s chemistry with Pitt makes this movie a treat to watch, even to those who do not enjoy sports.

‘Moneyball’ is rated PG-13 and is out in theaters on September 23. 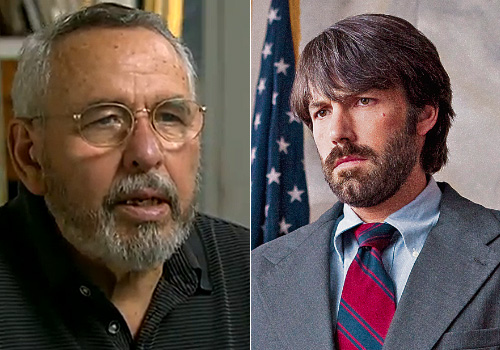