At the time I lived in my home town of the Bronx, one of the 5 boroughs that make up New York City. I remember a warm, clear beautiful day. The sky was pristine clear. As I left my home that morning, something told me to go back and change into flats. Little did I know how providential that would turn out to be. That morning, I changed my routine and took the express bus instead of the subway to work. By the time we reached 50th street and 5th Avenue, the streets were flooded with pedestrians facing downtown and pointing to the sky. My first instinctual thought was that someone had jumped off the Empire State Building.

At about the same time, a murmur started on the bus and a passenger screamed out, “Oh My Gosh,” as she hung up the phone. She worked in the Towers, normally would already be there, but that morning she’d had a doctor’s appointment. The person on the phone was her cousin and she was telling her not to come in since a plane had just crashed into the other tower and everyone was going home. As her cousin was telling her this, the second plane struck the tower her cousin was in. Pandemonium broke out on the bus and the city around us.

By the time we reached 23rd Street and 5th Avenue, I had a clear view of the towers and the image I can’t get out of my head is that of the glint coming off one of the towers as the sun struck it. The glint was silver with a blue and red stripe. It was the tail of the American Airlines plane imbedded in the building. I was in shock and confused; it took me days to figure out what that glint was. Although in my heart I knew it was a terrorist attack, my mind couldn’t process it and although I wanted to jump on the subway to go help out at the towers, I continued onto work.

In our office, we had wrap around windows and the staff that’d shown up early for work had seen the planes flying low and strike the towers. We all sat around in shock listening to the news, being glued to our windows, riveted by the burning towers and not really knowing what to do. The news said the Pentagon had been hit, and that is when I lost it. , then I thought our country was about to be obliterated because the Pentagon signified our country’s fortitude to my military mind and it had just been struck.

The subways and public buses were no longer working and neither were our phones. Before I could leave work, I had to figure out a safe route to get me home since there was still a missing plane and no one seemed to know where it was or what the next target would be. I had to pick up my daughter and my babysitter’s daughter from schools that were in the vicinity of possible targets. Once I’d figured it out, I got on the elevator and we heard a loud boom that shook the elevator. As soon as we were out on the street we followed the crowd to the corner and realized the boom was Tower 2 collapsing. It was surreal. When we’d gotten on the elevator, the tower was there, but by the time we got off on the ground floor, it was gone, as if it had all been a figment of our imagination; it put the fear of God in us.

We stood transfixed on W. 26th Street and 12th Avenue looking at one tower and fire trucks racing past us to render aid at the World Trade Center. We walked together uptown as much as we could, but then again the whole city was walking.

I remember the intense fear that over took me, the sense of losing our innocence, being on survivor mode as we made our way on foot to the Bronx, not knowing when we would get home or when I would see my youngest daughter in the Bronx again. Not knowing if her school would hang on to her until I could get to her or turn me in for negligence. Feeling disconnected, because when the towers went down so did the cell phone towers housed on top of them. Phones weren’t working and the lines at payphones were ridiculously long. It was safer to keep moving.

I remember encountering some of the most amazing people I have ever met in my life. People covered in soot and ashes, those who had escaped the towers. I remember one lady covered in soot from head to toe; she couldn’t get to her purse in time and my having to ask another stranger, if he could spot her enough money to make it home to Long Island. I felt bad I couldn’t help her, but I only had $10 and two kids with me. I walked with her to the 59th Street Bridge that would take her to Queens and closer to home. I remember telling her to walk close to the edge of the bridge walkway so if anything went down, her best chance of survival was to jump in the East River.

People, with whom I had never interacted, were like my family as we made our way to our homes. I saw New Yorkers come together to help each other out, line up at blood banks to donate blood for the wounded. A clear blue sky except for the cloud left behind by the fallen towers.

It took me 7 hours to make it home that day, I had to break into my apartment as I had forgotten my keys in the office as pandemonium broke out and when I turned on the TV, I stood in shock and overwhelmed as the entirety of the day finally hit me . So many had lost their lives, some of them my friends; some whom I never knew, but mourned for all the same.

The city shut down completely except for emergency personnel. Two days later I was downtown trying to volunteer at Ground Zero. The cut off was the person in front of me.

Everywhere I went there were flyers posted of Missing Persons, thousands upon thousands missing, each and every one from the Twin Towers. It was heartbreaking. I felt lost and helpless, but I knew I couldn’t sit at home anymore, so I volunteered with the Red Cross serving the First Responders at Ground Zero and the Emergency Management Supervisors at their temporary headquarters. I remember working at Ground Zero with one ear listening to the siren that would sound if any more buildings collapsed. It was nerve racking, yet at the same time soothing to be there and actively helping out, if only a little bit.

I remember my childhood friend, Michael Baksh, who was at the towers for his first day at with Marsh & McLennan. Michael was an amazing musician, very talented, super intelligent and extremely kind; he left behind a gorgeous family and at this year’s 10th Anniversary Memorial, I was moved to tears hearing his daughter honor his memory by reading his name.

I also remember the Heroes of 9/11 in particular FDNY Firefighter Peter Biefield. Peter was a firefighter in my South Bronx neighborhood with Ladder Co. 42 whom I’d known since I was a little girl. He was out on disability that fateful day, and yet when he saw what was going on, he rushed to the towers to try to save lives, but gave his own instead. I always called him “Superman” and that day on September 11th he truly was a Superman not just to me, but to the entire nation.

It’s difficult to explain how 9/11 affected me, but I know that I will never FORGET that day or the following days, weeks and months.

I will never forget the quiet that followed as no one was flying the skies, except for the F-16s, the metallic smell of death that permeated the streets for months; the lonely roads used only for service personnel, unheard of in NYC; the people I met and those who lined the streets every day and night to encourage the volunteers and Emergency Personnel not to give up the search.

Most importantly, I remember the families, the First Responders, how Mayor Rudy Giuliani stepped up to the plate, the victims in the World Trade Center, those who lost hope and jumped off the towers, the victims of the Pentagon, the victims on the airplanes, the heroes of Flight 93 and how a nation that was divided on politics came together as ONE AMERICA. I will Never Forget how many of the victims bodies were never recovered, and how those which were took an exorbitant amount of time, sometimes up to one to two years later. I remember how many of my friends struggled with achieving closure without a body to bury; how some of them were able to overcome it and some weren’t.

I remember the fear that gripped the city, but at the same time gave us a resolve to not let them beat us completely by living forever in fear; I remember the daily memorials, the city coming together to pray, all faiths, one America. It took me seven hours to get home that day, but I made it home while so many did not and so I REMEMBER the events of 9/11 with every breath I take and so long as I remember, I honor those who paid the ultimate price. 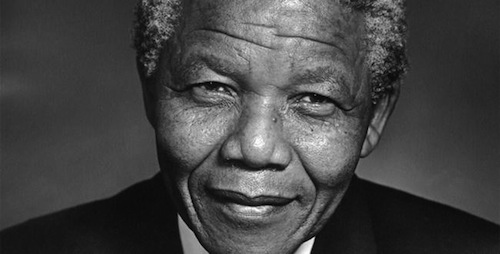