As a Mexican fresh from the land of the prickly pear, I arrived a year ago to Houston looking for things to do and events to go to. It was during my search for such an event that I found the Houston Hot Sauce Festival. Although it gets heavily publicized on radio and printed media, seems to have gone under the radar for many Houstonians.

With a serious craving for hot food and sauce, I set out last September 18 to the Stafford Centre, near Sugarland, hoping all the way that the HOT part of the event existed, as I had had many hot sauces that lacked in flavor and burn during the month I had been in Houston.

The parking was free, and so was entrance for children under 12 years, while the entrance fee for everyone else was $5 dollars, with all proceeds going towards the Snow Drop Foundation for fighting Cancer.

The first tastings were disappointing, some flavor to them, but no burn whatsoever, this went on until perhaps my fifth or sixth vendor, by which time the heat from several different sauces had accumulated on my tongue. After cooling it down with a soft drink, I continued, and ended up burning again, so I decided to stick to sauces I was interested on trying, in an attempt to avoid having to go back and forth between those selling sauces and the drink vendors.

One of my personal favorites was the Cin Chili stand, owned by Cindy Reed Wilkins, the arguably “Chili Queen of Houston”, a two times Terlingua International Chili Championship winner, and the only person to get a tie on Food Network’s Throwdown! with Bobby Flay, among other prizes. Although they had some sauces, their masterpiece was the chili, which is definitely one of the best I have tried. The people at the stand (Cindy’s family) were open and great to talk with and would remember and greet people who had been to their stand earlier.

Another stand I really enjoyed, but this one for its hot sauce, was CaJohns, direct from Westerville, Ohio. They were hosting their traditional Execution Station, in which those who attempt the challenge get to try seven of their hot sauces, going from the mildest to the hottest, a 20% hotter sauce than last year’s Black Mamba. The prize for survival is a koozie and a cap.

I got a chance to interview chef, owner, and member of The Chile Pepper Institute, John “CaJohn” Hard, after his son, Nate Dog, referred me to him. I asked him about his participation in the festival, his thoughts on it, and the origins of CaJohns.

“We have been here the last 9 years; we only missed the first one because we didn’t know about it. As for the festival, I love it, the people here are great, the sauce is hotter, and the place is better. I enjoy seeing them come up to us and accepting the challenge, people here in the south love their hot sauce. I would say this is the third best festival I participate on,” said Hard. “Even though many sellers are from Texas, here you will meet people from many different places, I am from Ohio, there are guys here from Florida, Illinois and Maryland, even one from Denmark and another from Australia.”

“I am a Fire Control Engineer, but I like making sauces, so 13 years ago I decided to start out CaJohn as a sort of hobby, back then we had others using our recipes and bottling our product, but now we do it ourselves. My son has been in it since the beginning, and he knows as much about peppers and sauces as I do.”

There was definitely something for everyone, from mild, flavorful sauces, to sauces so hot, that in the terms of one of the vendors “I don’t know if it has any flavor, if it does, I don’t get to taste it before my tongue is burning”. The next festival is set to take place on September 17 and 18 of 2011, definitely a date to mark down on our calendars, I know I will.

Hispanic Heritage Month 2011- Facts about Latinos in the US 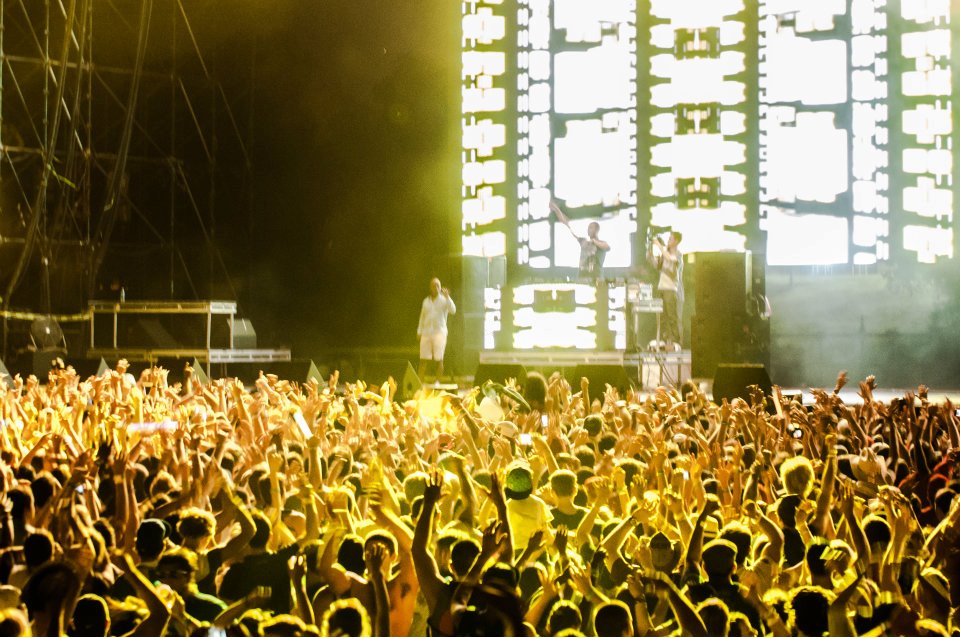