UFC 136 on October 8th in Houston is a perfect stage for Brian Stann and Chael Sonnen to do one thing: make a statement. One man is looking to prove himself while the other seeks redemption.

A former WEC Light Heavyweight Champion, Brian Stann began his MMA career in 2006 while still on active duty in the U.S. Marine Corps. Since then, he has quickly moved up the MMA ranks with a record of 11-3-0. Sherdog.com has him ranked as the #7 middleweight in the world.

Since moving down to 185 pounds last year, Stann has looked unstoppable, going 3-0 with notable TKO victories over the red-hot Chris Leben and Jorge Santiago. With eight of his victories coming via TKO it’s evident- Stann shows he has no problem in the stand-up game.

Sonnen’s legendary granite chin will be tested by Stann’s heavy-handed striking. If he can time his strikes right and use decent footwork, Stann might be able to catch Sonnen and come away with a knockout. Look for Stann to go for the submission should Sonnen’s chin hold up to the barrage. Even though submitting opponents is not one of Stann’s strengths, Sonnen has suffered eight losses by submission.

His inability to defend the submission, came back to haunt Sonnen in his last fight. He took UFC Middleweight Champion Anderson Silva to the limit, but was caught in an armbar in the final seconds of a fight that many thought he was about to win.

Sonnen has made a name for himself in the octagon by using his wrestling to smother and grind down his opponents. He also uses an impressive clinch game that leads to takedowns. Compiling a record of 25-11-1, the majority (15) of Sonnen’s victories have come via decision.

Sonnen has had a turbulent year filled with legal troubles. He was suspended after testing positive for steroids, but ultimately had the sentence reduced because the high levels of testosterone were due to medical reasons. In January, he pled guilty to charges of money laundering and mortgage fraud causing the California State Athletic Commission to place Sonnen on indefinite suspension, which was reversed in May.

With all his legal troubles behind him, Sonnen is still ranked the #2 middleweight in the world according to Sherdog.com.

There’s no doubt he wants to redeem himself and make light work of Stann on his way to a rematch with Anderson Silva which would be a cash cow for the UFC.

The bout is sure to be an exciting back and forth attraction on the event’s main card. Their clash of styles, striking vs. wrestling, will be the war both fighters have predicted.  Who’s going to come out on top? 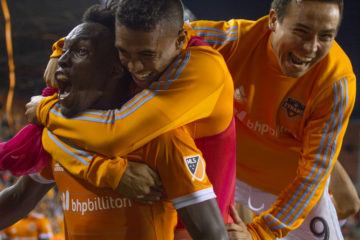