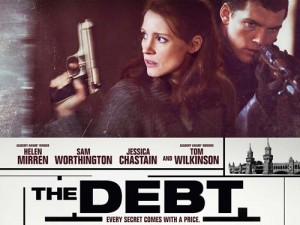 The Debt, directed by John Madden, is a drama-thriller based on an Israeli film of the same name. It focuses mainly on the baggage that three Nazi hunters carry with them for 30 years before a turn of events puts into question their loyalty to Israel, each other and the greater good. Helen Mirren stars as Rachel, the protagonist, who is seen throughout the film reflecting on her past as a Mossad (The National Intelligence Agency of Israel) agent during her team’s mission to capture a notorious Nazi doctor who performed atrocious experiments in concentration camps. The film is beautiful and horrible at the same time and it’s almost impossible to avoid getting submerged into the lives of the characters instantly.

Rachel is the only woman in the three-person team, and her emotions scream through the camera—her uncertainty, her love and the tension she feels are everywhere. She is alone on a mission that becomes harder to control and her fear is overwhelming. The team includes David (Sam Worthington, Ciarán Hinds plays him in the present-day) whose sorrowful expressions are hard to understand until we learn his whole family perished in the Holocaust. Marton Csokas is Stefan (Tom Wilkinson plays the older character), the cocky leader of the group who exudes sexuality and compared to the quiet David, becomes very hard to empathize with as the film drives into complexity.

The setting mostly goes back and forth between Germany and Israel. Most of the events that occur are seen through Rachel’s eyes, her flashbacks are vivid and you can see the same fear and torture in the young Rachel as the older one. Played by Jessica Chastain, the young Rachel is beautiful and vulnerable. The Mossad agents are easy to imagine as real individuals because the film does an excellent job grounding them. Although they are determined to fulfill their mission, you see their anxiety everywhere and feel the past of the Holocaust haunting their memories.

Although the film is not really a psychological thriller, the Nazi doctor (played by Jesper Christensen who captures the immense cruelty of the doctor so subtly) gets into all of their heads and drives the agents into a darkness none of them were expecting. This is best seen when David finds that the doctor has his head covered with a bag by Stefan who was sick of seeing his face. David reminds Stefan that they are not the animals, – that one of the only ways to get justice is to never become the animals the Nazis were and to always know what distinguishes the person from the monster.

This is one of those rare movies that will seize you and keep you guessing as the plot unfolds, slowly unearthing the meaning behind the title. The Debt begins in the middle of important events that you must carefully piece together and once you think you understand, a new truth surfaces. The action, violence, drama, suspense and brilliant acting from all the characters are constant until the very end. 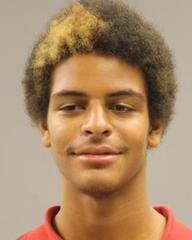