The Houston Cougars opened up Conference USA play giving up 42 points along with 538 total yards to the University of Texas El Paso Miners. The Cougars responded to the initial onslaught by ultimately recording 713 total offensive yards, which was enough to outgun UTEP 49-42 and keep their perfect record intact.

Houston QB Case Keenum led the way for the Cougars completing 30 of 46 passes and throwing for 471 yards along with two touchdowns and no picks.

The Cougars were down 14-0 early in the first quarter after UTEP freshman RB Nathan Jeffrey scored on a 22-yard touchdown catch and a 10-yard scoring run. UTEP’s RB Joe Banyard didn’t go unnoticed, he ran for 240 yards and a score on 22 carries for the game.
Houston was unable to get on the scoreboard until the second quarter and ultimately take the lead in the third when WR E.J. Smith caught a 23-yard pass from Keenum that put UH on top 31-28.

The Cougars never looked back after that.

Houston RBs Charles Sims and Michael Hayes had big running games, both rushing over 100 yards. Sims rushed for 111 yards on 12 carries along with three TDs for the game and Hayes added one more TD rushing for 100 yards on 10 carries.

In the fourth quarter Keenum connected with Sims for his third TD of the game with an 84-yd pass to make the game 49-42 with nine minutes to go.

UTEP QB Nick Lamaison, 19 of 29 for 267 yards, had a chance to tie the game or pull ahead late in the fourth quarter when they found themselves at the Houston 23-yard line on 4th and 14 with less than a minute to go. However, WR Mike Edwards was unable to hang on to a deep pass by Lamaison, and the Miners were forced to turn the ball over on downs.

The Cougars are now 5-0 and will play another C-USA game next Saturday, against the 1-2 East Carolina Panthers in Robertson Stadium at 7pm.

Is 'The Lion King' Anti-Latino? 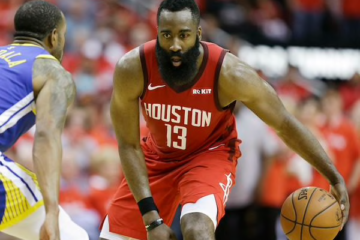