Over the last few years gay rights have advanced steadily.

In fact, in Mexico, Argentina, and Brazil, gay relationships are legally recognized throughout the country. In Canada, gay marriage has been legal since 2004.  So as the journey of civil liberties continues, I ask myself what about Texas?

Two years prior, the Supreme Court ruled Lawrence v. Texas, the Texas sodomy law that criminalized only homosexual activity, as unconstitutional.  According to equalitytexas.org, a recent poll shows that 63.1% of Texas voters support legal recognition of homosexual couples.  However, the LGBT rights in Texas are short of non-existent.

The Texas Republican Party, which controls both houses of the Texas legislature, and currently has a stronghold on local electorates, opposes the legalization of sodomy and advocates making it a felony crime to issue a marriage license to same sex couples.

They also oppose any legislation that would protect LGBT persons from discrimination in the work place. We need to look at what the Texas GOP stands for. The Texas GOP “are opposed to any granting of special legal entitlements, refuse[s] to recognize, or grant special privileges” to homosexuals.

Recently, there has been an influx of people from across state lines moving to Texas, and of course a percentage of those have been homosexual. According to the 2010 census, Harris County ranked as the third highest county in Texas with households describing themselves as same-sex. Travis and Dallas Counties beat them, but the most important fact to note is that the census did not acquire the sexual orientation of individuals but only the relationship of the head of household. In other words, the amount of homosexuals residing in the state is much larger than recorded.

Austin is the only city in Texas that offers some form of legal recognition for couples. In Austin, couples can apply for a domestic partnership, however, it is only recognized for health and dental insurance provided by the city.

The passage of gay marriage in Texas would mean that as a society we are on our way to a more fair and balanced democracy. If it were passed, then the way of thought would begin to change because once gay couples and straight couples are considered equal, people would begin to see that really and truly they aren’t that different after all.  Economically, it would help thousands of same-sex couples. Straight couples might not realize it, but they get discounts, tax breaks, and various other entitlements because they are married while gays are not.

Nuestra Palabra takes its Latino literature showcase on the road 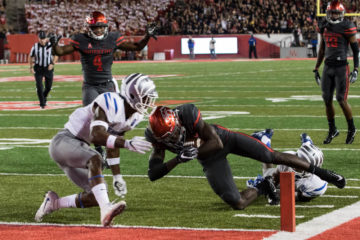