Homosexuality and same-sex marriage contribute to the breakdown of the family unit and violate the natural structure of marriage established by God.

One doesn’t have to be an evangelical Christian to recognize that gay marriage should not be legally sanctioned in Texas or any other state in this country.

An article in the Weekly Standard described how the advent of authorized gay unions in Scandinavian countries is destroying the institution of marriage, where half of today’s children are born out of wedlock.

It is impossible to deny that gay marriage causes the decay of families.

[poll id=”2″]
Social scientists have been warning that if this fractured family problem continues, there will be many kids with several “moms” and “dads,” six or eight “grandparents” and dozens of “half-siblings.”

Is there a problem with the decay of families and a fractured family unit?

Yes, psychologists contend that a union between a man and woman in which both spouses serve as good gender role models is the best environment in which to raise well-adjusted children.

Sadly, the breakdown of the family unit is not the only problem.

Civil rights activists who are in favor of same-sex marriage argue that no one has the right to vote on someone else’s marriage or interfere with someone else’s happiness.

If legal marriage between homosexuals continues to expand to other states, the family will consist of little more than someone’s interpretation of “rights”.

Allowing homosexuals to marry will open the door for those who think they have the “civil right” to get married to more than one person because that makes them “happy” and “doesn’t hurt anybody”.

Same-sex marriage will spread quickly to other states if Texas were to authorize gay marriage because of its standing as one of the most conservative states in the union.

It is important to clarify that to be against same-sex marriage is not hatred or discrimination towards homosexuals. It is the refusal to accept their immoral attitudes and actions.

If the Bible, history, psychology and nature all argue for marriage being between a man and a woman—why is there such a controversy today?

Opposing viewpoint:
Gay marriage in Texas: A way to a more fair democracy

Texas has new dates for Sales Tax Holiday in 2012 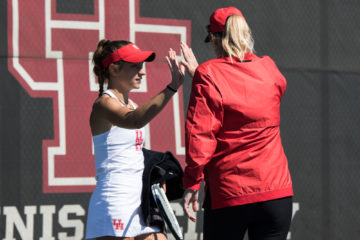