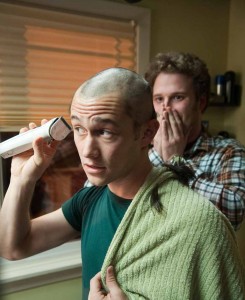 50/50, directed by Jonathan Levine, is a drama-comedy loosely based on the life of screenwriter Will Reiser. It stars Joseph Gordon-Levitt as Adam and Seth Rogenas his annoying, obnoxious, and most supporting best-friend. The film opens by giving us a glimpse into Adam’s every day life and then, without enough time to even understand the whimsy plot, Adam finds out he has a rare type of cancer. He learns, through Web MD, that he has a 50 percent survival rate. The drama in the film is real and exposes how seemingly arbitrary fate is when a healthy, avid-runner who doesn’t smoke or drink and proudly recycles is stuck enduring the pain, helplessness, and uncertainty of cancer. If it wasn’t for the awesome cast, the film would have been overwhelmingly depressing, but Rogen’s raunchy-in-your-face humor and all of the dark-comedy moments keep the film within a nice balance of hilarious and heartbreak.

Adam’s the suffer-in-silence type who knows when to bite his lip and flash a fake smile, never admitting something may be wrong. His girlfriend, Rachel (Bryce Dallas Howard) is the typical selfish, pseudo-artsy girl who would rather leave her scared, almost-dying boyfriend alone in a cold hospital than stand by his side because it’s an “energy thing.” Kyle, (Rogen) is Adam’s best-buddy since high school. He tries unsuccessfully to keep Adam in high spirits by trying to take advantage of his cancer and use it as an opportunity to mingle with the ladies. Ultimately, Adam finds himself as a burden among everyone. He has cancer, can’t drive, and is unable to find the support he needs from his horny friend and immensely inconsiderate girlfriend and overbearing mother, Diane, played by the flawless Angelica Huston.

There are many scenes that Levine devotes to great indie music like Edward Sharpe and the Magnetic Zeros and Cut Copy. Unlike other films where the music is in the background, Levine lets the songs dominate, capturing the life around Adam with amazing tunes. The film does an excellent job subtly exposing Adam’s state of mind by focusing on his pale, semi-expressionless face with sad, lost eyes. He tries to keep himself together by taking the bus alone after chemotherapy like it’s no big deal, making friends with old cancer patients, and smoking weed with Kyle like they’re Cheech and Chong. At times it’s hard to believe Adam’s life is at stake but then we’re reminded by his thinness, and the many emotional and physical pains he has to endure. If not for his semi-awkwardly-adorable therapist, Katie (Anna Kendrick) Adam,would have been even more lost. Their friendship gradually grows and Katie is an amazing relief.

50/50 is a great film from the cast to the soundtrack to the mesh of laughs and tears. It’s hard not to fall in love with Adam and his sweet, sweet self. Especially at the end of the film, in one of the most important scenes, where the camera zooms into his wry-smile, a young Keanu Reeves look, and instead of dialogue Levine leaves you with Pearl Jam’s “Yellow Ledbetter,” right when the cymbals and drums kick in letting you really feel the strength of that last moment.

Get a Taste of Argentina in Houston 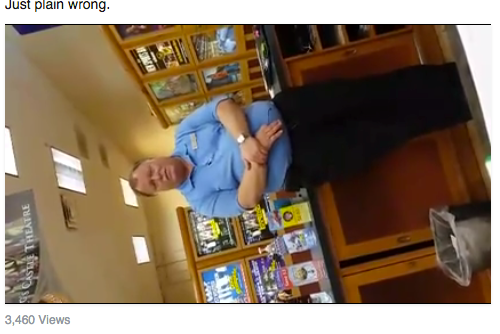