In a political atmosphere where the phrases “illegals,” “DREAM Act” and “racial profiling” are constantly thrown at the public, individuals known as Latino Republicans seem unusual to people on both sides of the argument.

What exactly drives this group of Latinos, especially younger ones, to gravitate toward a party that is not usually associated with their community?

Latino Republican might have seemed like an oxymoron decades ago, but this group is becoming more visible.

College students Elyssin Corona, 21, and Jose Melendez, 20, are aware that they are minorities within the Latino community.

“It can be strange,” Melendez, whose parents came from El Salvador, said. “When I tell people my name, ‘Hey, I’m Jose; hey, I’m conservative,’ they’re like ‘What?’ They assume Hispanic people have to be in the Democratic Party.”

According to the Pew Research Center, 60 percent of Latinos voted democrat in the 2010 national vote for the House of Representatives. Out of the 19 million Latinos eligible to vote, only 38 percent voted Republican.

“I am criticized for it,” Corona, whose parents are Mexican, said. “Many people don’t agree with me.”

Corona added that it is essential to carefully phrase her debates with her Democrat friends.

“Even though they may not believe the same way as I do, I’ve learned that it all depends on how you state it to someone else, because if you are making it to where you believe you are better than them, that’s when it becomes an issue,” said Corona.

The conservative values that Republicans tend to be associated with draws some of these young Latinos to the right.

“I believe more Hispanics and Latinos have conservative values,” Melendez said. “I think it comes down to the immigration issue; if more Ronald Reagans were out there, more Latinos would be with the Republican Party.”

Juan Garcia, 27, from Pasadena, said Republicans don’t go for what is “fashionable” in society but instead “stick to what is right.” He grew up in a politically active family who instilled in him principles that he believes are in the Republican base.

“You have to stand up and work hard for what you want, and of course you can achieve it. It is possible,” Garcia said. “I believe that if you want something, you go for it; I believe the Republican Party shows that more than any of the other (parties).”

Garcia says that the Democratic Party and its politicians promise too much to voters. “When they speak it feels like they are car salesmen, ‘We will do this for you, we’ll make this better,’” Garcia said.

He believes that Republicans are more straightforward to the public.

“Reagan did something about immigration with the amnesty in ’86. The fact that he stood up politically and took on a huge endeavor meant a lot to me,” Muniz said. “I know a lot of people who are illegal so it a strong personal issue for me.”

Muniz says there was a time he was liberal, but growing up in what he says was “one of the worst parts of Houston” made him change.

“You hear things about what causes poverty and what puts you in certain economic statuses,” Muniz said. “Observing how the free market works, I decided a lot of what people in power told us to believe were excuses; as a community it is up to us what we choose to believe.”

According to the Pew Research Center’s 2011 report on political typology, 38 percent of Latinos consider themselves bystanders, a group composed of people who seldom or never vote or do not follow government and public affairs most of the time. This the highest percentage rate among Latinos.

“We need to get more involved and more knowledgeable because it’s going to be a win or lose thing now with our country,” Garcia said. “I feel that Latinos need to rally more in elections. We are the next generation and we need to make things happen.”

An intro to Latino Republicans

Bluebell finds signs of Listeria at factories, not in ice cream 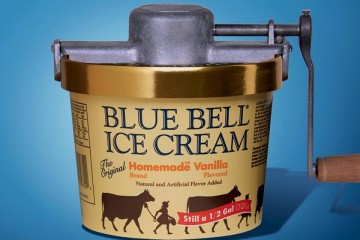