The Venture met with Soledad O’Brien while she was in Houston promoting her latest documentary, “Latino in America 2: In Her Corner,” which follows a Houston female boxer on the road to the Olympic trials.

O’Brien is an award-winning anchor and special correspondent for CNN. The awards bestowed upon her include Journalist of the Year by the National Association of Black Journalists and the Edward R. Murrow Awards’ RTDNA/UNITY Award for her documentary “Latino in America.”

O’Brien is best known for narrating and producing her critically acclaimed documentaries on important issues affecting the U.S. and the world. She is also the author of “The Next Big Story.”

Q: What was your inspiration that made you start doing these different documentaries?

A: You know, there was a sense that there are all these stories that float under the radar and if we could tell those stories, we could have a more fleshed out picture of what it meant to be an American. Sometimes all the stories of other voices just don’t get told. Whether it’s people of color, whether it’s working mothers, whether it’s women in the military, whether it’s female rescue workers.

Q: I remember watching your documentary “Black In America” and wishing you would do one on Latinos. You achieved that in your next documentary, Latino in America. What type of audience reaction did you receive?

A: We captured some real stories. Some people loved it, and some people didn’t. It didn’t really make a difference to me. You know, to me it’s fine. To me, my job is the journalism. I do news documentaries. I remember there was a story we did on Cindy Garcia.

Cindy Garcia, right when she’s about to graduate high school, she drops out, gets pregnant. We were devastated, but it’s a news documentary; we have to go with what happened. She also matched the terrible statistics, she really did and people say to me, ‘Why do you have Cindy?’ ‘Why have you done this?’ Because as a journalist, if I commit to telling her story, I have to be honest to what happened in her story. I’m not going to do (public relations) and not tell genuinely what happens.”

Q: How does “Latino in America 2” differ from your other documentaries in this series?

A: One thing we did differently for Marlen Esparza’s story was we took one story. Last time we had a series of stories. Part of that was the community is so big and so diverse and you’re trying to get a sense of the different parts (of the) community. Now that we’ve done that, we get to go into these one hour single story docs (documentaries). I find that from a story telling perspective, it’s more rewarding, more fulfilling.

Q: You didn’t finish when you first started college, why is that?

A: I dropped out at the end of my junior year. I had actually always planned on going to medical school. I took organic chemistry with my sister Estella. I discovered I didn’t really have a passion for medical school or science.

It was over the summer when I made the decision (to enter journalism). So I started working for WBZ TV in Boston – working for the special projects division of the TV station, which was above the newsroom. In my assignments, occasionally, I was sent into the newsroom and I loved it! I loved the energy!

I left school not knowing what I was going to do, and now over the summer I discovered this is what I really wanted. If I’m coffee fetcher girl, which is what I was there, that was fine. It was so exciting.

I ended up being fairly successful at that TV station and moved up so fast that I never really had a chance to go back to school until I was pregnant with my daughter.

When I was anchoring Weekend Today, I was 35 and I knew if I had a child it was going to change the dynamics of being able to go back to school. I anchored Saturday and Sunday; Sunday afternoon after the show, I’d get on a train. I’d go to class Monday, Tuesday and Wednesday. Wednesday night, I’d get on a train and come back to New York and go to work Thursday, Friday, Saturday, Sunday; go back to Boston… (She laughs).

Well I only had a semester left (at Harvard), but I knew with a kid, it would change that. As bad as that (school and work schedule) was, it would be impossible if you had a child. So I was pregnant and I did that schedule because I really wanted to finish. I didn’t want to leave it half done. My husband liked to tell people that he was sleeping with a co-ed. An old co-ed; but I was glad, because I didn’t want to leave it half done.

Q: What advice would you give someone about going back to school, furthering their education?

There’s no equivalent job. The days of the manufacturing economy where you could have a very good job and only have a high school degree are gone. They’ve left America; they do not exist. The great equalizer is education. It’s also the great equalizer that can bring you out of poverty.

The amazing thing about America is that you can move out of poverty as others have done, as my parents have done. I mean they worked hard to change their circumstances. They let us know as kids that life was full of possibilities. My family achieved that in one generation with a good education for all six of us.

We were all able to go to Harvard; my family did it, and it really is (possible to change your circumstances). I don’t think that there’s another path.

Q: Your mom is Afro-Cuban and your father is Australian of Irish descent. What do you consider yourself to be?

A: It’s María de la Soledad Teresa Marquetti O’Brien. It’s all in the name, hence the frizzy hair, and the freckles!

I get asked that a lot and I guess when people ask that question they’re really talking racially. Racially, I’m black; people can be black and Latino. Some people used to tell me, ‘Well you can’t, what do you think that your mother is black and Cuban?’ They just literally didn’t know any black Cubans. So ethnically, obviously, I’m Latina, but I’m also Australian and I’m part Irish. My last name is O’Brien. I have major freckles, my uncles in Australia used to always say, ‘oh my god, you look so Australian.’ I was like, what does an Australian even look like? What are you even talking about?’

I check a lot of boxes. I think I’m multi-cultural.

People look at me and see a number of things. There’s a young woman who I interviewed with, she was half white and half Japanese and she said ‘You know, people at my station call me a young Soledad O’Brien.’ And I said, ‘what are you talking about?’ She was this woman who looked nothing like me. If she sat here, it would never occur to me that she looked at me and saw herself in me. She was half white and half Japanese, but her thing was more a ‘You don’t really fit in a box and I don’t really fit in a box’ and we all are coming to this point where we don’t really fit in box. I think it’s probably more accurate to say that.

I am also a mom, a wife, a working mother; all those categories at different times. You know, really take precedence on how I describe myself.

O’Brien is married and the mother of four. She and her family live in New York City. Her latest documentary in the Latino in America series. 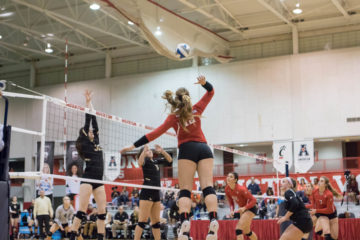