Yesterday an anonymous member of the Big East spoke to a reporter at The Boston Globe about the conference’s plans to expand. The report states that UCF has received and accepted the invitation to all sports on Friday night.

Two other C-USA schools have been sent conditional invitations to participate in all sports in the Big East, Houston and SMU.

The Big East will raise its exit fees from $5 to $10 million to show prospective schools they intend to keep the conference and its six core schools (Connecticut, Rutgers, South Florida, Louisville, Cincinnati and West Virginia) together for the long haul as it plans to expand to 12 teams. The move begins the process of formally extending expansion invitations.

Air Force and Boise State have been sent football-only invitations which would make the Big East an 11-school conference, and if they can add Navy and get to twelve, then they could split into two six-team divisions and hold a conference championship.

This is a survival move for the Big East as they try to keep their BCS status after Pittsburgh, TCU, and Syracuse left for other conferences.

The expansion is not only football related. Adding UH and UCF in basketball will keep the Big East as one of the best basketball conferences in the country.

Houston stands to gain financially from all sports competing in the Big East. In football alone, they would gain almost $8 million dollars in TV revenue.

The Big East would benefit financially by adding significant TV markets like Houston, Dallas and Orlando. The use of Sun Life, Cowboys, and Reliant Stadium for football conference championships as well as Toyota Center, American Airlines Center and American Airlines Arena for their basketball venues bolsters the case for expansion.

The deal, which begins in 2013, would align with the opening of Houston’s new football stadium and Hoffeinz’s renovations. The move is pending decisions from all schools and a 48 hour Big East by-law that would keep anything from being official until Tuesday at the earliest.

Houston Athletic director Mack Rhodes has kept quiet on the subject releasing a statement last night about possible conference realignment, “We are aware of the growing speculation regarding conference realignment and do not feel it would be appropriate to comment on the possible intentions of another league. We are flattered to be mentioned as an athletics program of national importance and we are grateful for our strong traditions and the dedication of our fans, alumni, staff and student-athletes.”

If all schools accept, an announcement would likely be made Wednesday at the Big East Basketball conference.

Until then, UH fans can sit and watch the 6-0 football team continue to play for an 11-0 season and a possible chance at BCS bowl. The Coogs are off today and will resume action next Saturday in their homecoming game vs. Marshall. 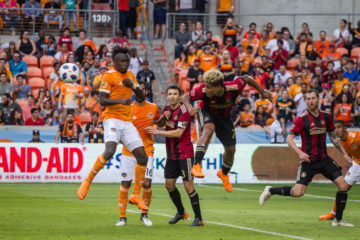