Malaria has been one of the world’s biggest killers for as long as records have been kept. With resistance to existing antimalarial drugs on the rise, there is a renewed push to find different ways to fight it. Two University of Houston (UH) engineers have stepped up to the plate to answer the call.

Jeffery Rimer and Peter Vekilov, both with the department of chemical and biomolecular engineering, recently were awarded a grant from the U.S. Department of Defense (DOD) to create an entirely new platform for developing antimalarial drugs. Like existing antimalarial drugs, this new platform will target plasmodium, which is the parasite that causes malaria, by utilizing a quirk in the infection process. 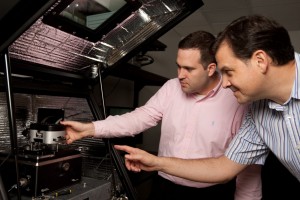 Typically introduced into hosts through a mosquito bite, plasmodium enters a host’s red blood cells where it consumes the hemoglobin by breaking it down. However, one subunit of hemoglobin the parasite cannot use is heme, which is the part of the blood that helps transport oxygen to the other parts of the body. Left alone, heme is highly toxic – toxic enough, in fact, to kill the parasite and prevent an infection from taking hold.

Unfortunately, as the parasite has evolved, it segregates the heme into little crystals. If the heme is sequestered in crystals, it can’t kill the parasite. Existing antimalarial medications presumably work by preventing the formation and growth of heme crystals. As a result, heme molecules released by hemoglobin consumption usually are able to kill the parasite. However, the effectiveness of these drugs has begun to wane.

Since the precise nature of how these drugs prevent crystal formation is unknown, Vekilov and Rimer will work to uncover the process of heme crystal formation and then determine what kind of molecules could inhibit crystallization. Vekilov believes that heme molecules attach to crystals at kinks that are sites on the crystal surface favorable for the addition of new heme molecules. If this is, in fact, how heme crystals grow, the team will design “tailored inhibitors” that prevent the growth from occurring.

“A tailored inhibitor mimics the crystal building unit or units, which in this case is heme,” Rimer said. “You want to design inhibitors with an affinity for binding to crystal surfaces. Certain parts of the inhibitor molecule then block adjacent binding sites. So, the inhibitors we plan to design will physically block the kinks and disrupt heme addition.”

While Vekilov and Rimer note that this research won’t likely result in the discovery of specific molecules that could be developed into medications, they do say it will provide a deeper understanding of the type of molecules that could be the basis of new drugs. Helping drug developers understand how these medications could work would allow them to create new antimalarial drugs in a more logical and cost-effective manner.

Currently, say the researchers, pharmaceutical companies screen libraries of molecules to identify drug targets. This, they say, is a combinatorial approach that employs an exhaustive, trial-and-error method. The UH team is working to replace this impractical process with techniques to speed up drug development. If Rimer and Vekilov can develop a better understanding of how these molecules bind to the crystal surface, researchers could start thinking about designing antimalarial drugs in a much more rational manner.

The two-year $150,000 seed grant will be administered by the Alliance for NanoHealth.

Texas has new dates for Sales Tax Holiday in 2012 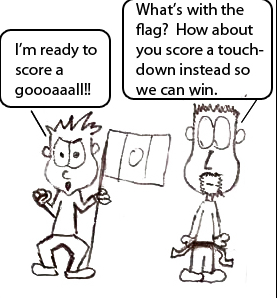