The season of giving has rolled around again and Thanksgiving is just around the corner. The first Thanksgiving traces back to 1621 as a harvest festival between English pilgrims and the Wampanoag Native American tribe. Many foods we eat at our own Thanksgiving celebrations like corn, squash, and beans were already eaten by Native Americans when the colonists arrived from Europe. Aside from good food, there are five things we can learn from Native American for this holiday season.

The Lakota, commonly known as the Sioux, do not have a word directly meaning ‘goodbye’ in their Native language. Instead, the Lakota tribe uses “Toksa”, a phrase meaning “see you later”, since you will see the person or persons you are parting with at a later date, whether in this life or the afterlife. After your holiday celebrations this season, try saying a “catch you later” to your loved ones.

When the colonists arrived from Europe, most of them died from diseases and starvation. The surrounding tribes saw this and donated some of their harvest to the hungry colonists. Native Americans also taught the colonists how to plant and hunt in the new land. The Great Law of Peace written by the Iroquois tribes of New England in the 18th century advocated that a proper chief would never let his people go without food. Among present day Native Americans, extra food is usually expected to be taken home after an event so nobody goes hungry.

Native American culture during the colonial eras saw everyone as equal to them. There was no segregation or separation. The Great Law of Peace reads “The Great Creator has made us of one blood and of the same soil…only different tongues constitute different nations.” The Iroquois nation’s Great Law of Peace was later a source of influence for the US Constitution. Though they were gender roles in tribes, no gender was superior to the other. In fact, among Iroquois tribes, the chief was always male, but the chief was always selected by a council of women. Homosexuals in tribes were often called “two-spirited” and accepted for their sexuality. Children were also welcomed with open arms and large amounts of affection.

4. Be Kind to Your New Neighbors

Native Americans were actually quite fond of the colonists before all the historical disputes occurred. Many tribal leaders wanted to have trading agreements with their new neighbors and sought alliances between them. Tribes were also hospitable to the newcomers and supplied them with food and shelter as the colonists got back on their feet. Some colonists chose to join a tribe and were adopted as official members. Those who joined a tribe were allowed equal rights and privileges. The Creek council wrote to the English colonists in 1759, “The English are our friends and we love them dearly.”

5. Education is the Key to Success

Before the Europeans set foot in the New World, the Native Americans already had education for young children. Boys were taught how to hunt and fight while girls were taught how to cook and keep up a household, but also learned how to fight if the tribe ran short on male warriors. Each person in the tribe was expected to educate the children in some way. A Native proverb says “Children must be taught or they will not know anything; if they do not know anything; they will have no sense; if they have no sense, they will not know how to act.”

And there you have it. This holiday season when you’re giving thanks to the things you cherish, remember to thank a Native American. 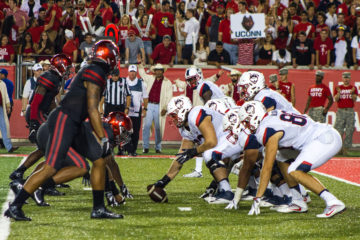