While UT-Austin and Texas A&M have had nationally acclaimed petroleum engineering problems for years, Houston, the energy capital of the world, now has a program of its own at the University of Houston.

“Houston is the center of the petroleum industry. It’s only natural that University of Houston students take an interest. There are more companies and more jobs available here than anywhere else,” says Tom Holley, director of the petroleum engineering program at the UH.

“The industry was trying to get all the university programs to ramp up, but they said in particular, in the center of world petroleum, there should be a petroleum program,” Holley said.

In 2001, several companies volunteered to form a board of advisors to help the University start the program and approval from the state was attained about six years later. The original freshman class consisted of a little more than 20 students. In 2011, the entering freshman class is 71, and the program now has over 220 students, several of whom changed their field of study to petroleum engineering.

Okemute Clark got his mechanical engineering degree from Purdue and recently transferred to UH to start the petroleum engineering program as an undergrad.

“I was attracted by the growing field and different opportunities it offers,” Clark said.

Since the program is just two years old, it is natural to expect local engineering students to make the change if they already had a desire to pursue a career in petroleum engineering. Petroleum Engineering has also drawn in students from community colleges in the area, such as HCC, San Jacinto CC and Lone Star College, as the University and the Cullen College of Engineering works with prospective students in those schools. However, the program has been drawing students from other areas: current UH students who previously majored in mechanical and chemical engineering.

A recent survey found that students at UH are much more inclined to enter the petroleum industry than the national average.

Reflective of Houston’s reputation for being oilers, 23 percent of UH respondents selected oil and gas as their ideal field. In the top five of respondents’ list of employers they would most like to work for, UH students listed Google, Apple, and Walt Disney Company, as did the national sample, but also in the top five were Shell Oil Company and Exxon Mobile Corporation.

After the petroleum industry, UH respondents rank business services and operational consulting, auditing and accounting, and banks higher in their preferred industries than the national sample. 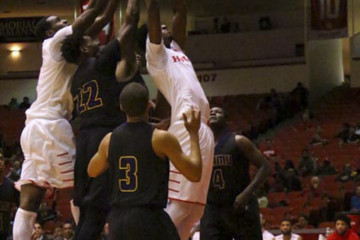