During their third annual “We Have a Dream Summit” on Saturday, activists from FIEL, an immigrant youth organization, stressed to the audience the existence of the Texas Application for State Financial Aid.

“People think that being undocumented prevents them from attending college,” said Cesar Espinosa, FIEL executive director. “We want them to know the resources are there, that yes, they can.”

Texas undocumented students have been granted this opportunity since the House Bill 1403 was passed in 2001. Senate Bill 1528 amended this bill in 2005 to extend the application of its provisions to citizens, permanent residents and certain non-immigrants.

To qualify, students must have lived in Texas the three years leading up to high school graduation or equivalent and have resided in Texas the year preceding enrollment in a higher education institution. Undocumented students must also submit to their institution an affidavit stating they will apply for permanent residency as soon as they are able to.

Lone Star College student Monica Cuerno, 18, has benefited from this law and TASFA in the past. Cuerno attended the summit held at Houston Community College Southeast campus to be updated on resources for undocumented students and support the organization.

Cuerno, an aspiring chemical engineer, is hopeful that the national DREAM Act will eventually pass in the near future and grant her temporary residency.

“We can achieve this if people keep supporting the cause,” Cuerno said. “We just need for more people to help.”

Close to 200 students and parents eager to learn about available resources attended the summit. Luz Rangel was among many parents who found the meeting informative and helpful.

“Many times we don’t know how to do something, so we just don’t do it,” Rangel said. “That’s why it’s good to inform oneself.”

In addition to financial aid information, the meeting also provided general information for undocumented immigrants. Activists urged immigrants to make use of their right to remain silence and ask to speak to a lawyer if ever detained. They also reminded attendees of their right to deny access to their homes to any law enforcement officer, unless provided with a search warrant.

Espinosa said he considers the meeting a success. Their goal is to recruit future activists, as much as it is to inform, Espinosa said. To achieve this, FIEL also holds forums and events in high schools, colleges and churches throughout the year.

Landon Donovan coming out of retirement; Inactive since 2014 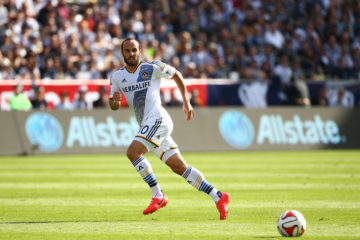