In 2006, H-E-B was named title sponsor and the parade received a new look and logo and was referred to the H-E-B Holiday Parade. In 2011, the parade was renamed to the Houston Thanksgiving Day Parade.

The Houston Thanksgiving Day Parade, is now a 62-year-old holiday tradition, showcasing the Houston community to more than 400,000 parade-goers lining the streets on Thanksgiving morning.Visit their website for more info http://www.holidayparadehouston.org/

The Cougars rout the mighty Sooners 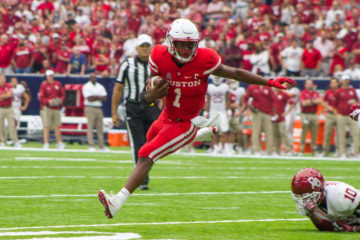