I write to have a voice.  I write because I want to tell stories that have not been told before, to explore topics, issues and questions, which have rarely been explored. I write to think.  I write to give meaning to what happens in my life.  I write to make sense of what I see, of which others should see

2. How did you become a writer?

I became a writer in high school because I was opinionated and curious.  I also wrote in college and graduate school. “The Abuelita,” was the first story I wrote, which also appeared in my first book. It was about a grad student at Yale calling his Mexican grandmother and arguing about Heidegger. I wanted to write philosophy in literature, which was not typical for many Latino writers.  I wanted to challenge stereotypes, and write stories in which a philosophical question is always at the heart of the story.

3. Do you write out of inspiration, or do you focus on a particular event?

I have a story or a question or a character in my mind, sometimes for months, before I ever put a word on paper, or onto the computer.  I like to think about a potential story in my head, and turn the different possibilities around in my head. I sometimes write short notes, and so it’s just finding that space and time to ‘write in my head’ before I start crafting the piece on the computer or in pencil on a yellow legal pad.

What was the last thing you wrote or jotted down prior to answering these questions?

b. Can you give me Angie Luna’s phone number? (‘Angie Luna’ is a character in one of my stories, in which a ‘Mexican Marilyn Monroe’ has a hot and heavy tryst with a college student.

5. What message would be a message you want to deliver to society?

A message I would deliver to society is that I have no message.  I have explored life, characters and questions, and I loved variety and plurality.  Making sense is not about reducing questions to the stupid, Kardashian simplicity that unfortunately has become the norm.  The most interesting human beings are those that keep surprising you.  If you don’t have any questions, if you don’t care about anything, if you are sleep-walking through life, please get up, look around, pick up a rock, look at a tree, study a smile and its reasons, listen to conversations you are not meant to hear. It’s all around you: stories, drama, questions.  Don’t be part of the living dead.  And don’t be part of the arrogant living that has it all figured out.  Live in-between, enjoy the shadows, live waiting for the next adventure. Work will become something you will happily do until you drop with exhaustion. 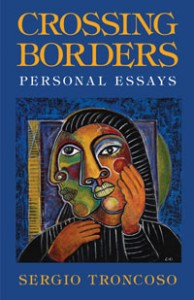 About the author:   Sergio Troncoso is the author of The Nature of Truth and The Last Tortilla and Other Stories (University of Arizona Press, 1999), which won the Premio Aztlán and the Southwest Book Award. His newest book, Crossing Borders: Personal Essays is forthcoming from Arte Público Press. He received his undergraduate degree from Harvard College and two graduate degrees, in international relations and philosophy, from Yale University. He won a Fulbright scholarship to Mexico and was inducted into the Hispanic Scholarship Fund’s Alumni Hall of Fame. He lives and works in New York City.

Arte Publico Press: The nation’s largest and most established publisher of contemporary and recovery literature by U.S. Hispanic authors. Its imprint for children and young adults, Piñata Books, is dedicated to the realistic and authentic portrayal of the themes, languages, characters, and customs of Hispanic culture in the United States. 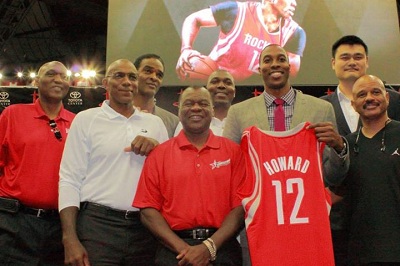