Hanukkah is a Jewish holiday which often takes place close to Christmas and Kwanzaa. In Hebrew, Hanukkah means “dedication,” thus the holiday is known as the Festival of Dedication or the Festival of Lights. Here is a list of facts for your holiday season trivia.

1. Hanukkah does not always fall in December

Judaism observes a lunar calendar instead of a solar calendar. Because of this, Jewish holidays do not always fall on the same day each year. Hanukkah might fall in late November one year, close to Christmas in another, and even in early January. In this year of 2011 (the years 5771-5772 in the Jewish calendar), Hanukkah will fall at sunset on 25 Kislev (December 20th) and end at sunset on 2 Tevet (December 28th).

2. Hanukkah is not a major Jewish holiday

In comparison to Rosh Hashanah (Jewish New Year) and Yom Kippur (Day of Atonement), Hanukkah is a minor celebration. It is the only holiday not mentioned in the Hebrew Bible since the first Hanukkah took place around 165 BCE and the Hebrew Bible ends in 400 BCE. Hanukkah actually earned fame among non-Jews in the United States because of its proximity to Christmas.

3. Menorahs are not used during Hanukkah

4. Fried foods are a favorite during Hanukkah

For centuries, Jews have been tortured and murdered at the hands of anti-Semitism. The Jews are small in population due to constant persecution, but they have survived every hardship and enjoy celebrations with delicious food. Potato pancakes or latkes, are a traditional Hanukkah cuisine. Jelly doughnuts or sufganiyot are also a cherished dessert. Because Hanukkah’s history has to do with an oil lamp, foods fried in oil are preferred.

5. The deal with the Dreidel

A dreidel is a 4-sided top with Hebrew letters written on each side: nun (נ), gimmel (ג), hay (ה), and shin (ש). These four letters are an acronym for the phrase “nes gadol hayah sham,” meaning “a great miracle happened there.” Dreidel is actually a Yiddish word, so in Hebrew a dreidel would be called sevivon.

6. Hanukkah is not a ‘Jewish Christmas’

Traditional gifts for Hanukkah used to be small but generous. The Ashkenazi Jews would give a small amount of gelt, or money, usually a coin or two. But, in recent times, Hanukkah gifts have changed from a few dollars to lavish presents for each night of Hanukkah. Christmas is known for its gift giving, so the concept was transferred to Hanukkah.

Spellings of Hanukkah can vary. Hanukkah is the Hebrew spelling, but when translated to English, the spelling changes to Chanukah. However, the ‘ch’ in English is not pronounced the same as in Hebrew. The ‘c’ in Hebrew is silent, so the word Hasidic in English would be written ‘Chasidic.’ To make things easier for English speakers, Chanukah is sometimes changed to Hanukkah.

8. What does Hanukkah celebrate?

Around 2nd century BCE, Antiochus Epiphanes, a Syrian ruler, came into power over Israel, a land populated with Jews. By 165 BCE, Antiochus prohibited Jews to practice their religious customs and destroyed the Temple, a Jewish place of worship. In this same year, the Jews defeated Antiochus with the help of Mattahias and his five sons Jochanan, Simeon, Eleazar, Jonathan, and Judah. The Temple was then planned for reconstruction, but only one vessel of oil to burn for light was found among the rubble. The oil should have burned for one day, but miraculously burned for eight days.

There are your eight facts of Hanukkah, one for each day of the celebration. As the famous Jewish song says, “Hava nagila ve-nismeḥa!” Let us rejoice and be happy! 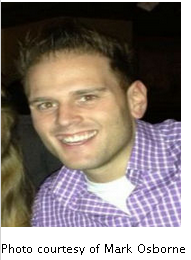