This Thursday, December 15, is the 220th anniversary of the signing of the Bill of Rights, in response Occupy Houston will be joining the Houston Free Thinkers and other civil rights activists as part of a week-long series of national actions protesting the National Defense Authorization Act.

The protestors will march from Tranquility park to the office of Senator Kay Bailey Hutchison, who voted to pass an earlier version of the NDAA.

Occupy Houston wants to raise awareness on the bill and let the public know where its elected officials stand on the issue, according to a press release from Occupy Houston.

The NDAA in its current form was passed Wednesday night in the House of Representatives by a measure of 283-136. The controversial measure, which will now move to the Senate, has alarmed both Tea Party and Occupy activists.

Opposition to the law has mounted because of language regarding the detention of terror suspects. If enacted, the bill would allow U.S. military to hold anyone it thinks is a terrorist for an indefinite amount of time. Anyone who supports or aids “belligerent” acts against the U.S. would also be subject to indefinite detention even on American soil without access to due process or a jury.

President Obama has said he will not veto the law, which has been softened by minor adjustments in the wording that give a president the ability to issue a waiver to the military detention requirement. 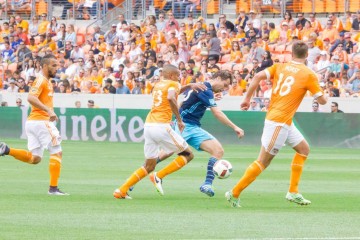