In an unprecedented collaboration the Department of Health and Human Services, the White House Office of Science and Technology and  the Office of the Vice President challenged technology developers to create smartphone apps that would prevent violence and abuse from occuring via the Apps Against Abuse Challenge.

The challenge is aimed squarely at college students to give them the ability to prevent dating violence and sexual assault among their friends.

Recently Ashley Billasano, 18,  of Rosenberg’s BF Terry High School  committed suicide. Billasano claimed she was molested and forced into prostitution.  She informed police, but a grand jury declined to issue an indictment for lack of evidence. Billasno felt that authorities, including Child Protective Services did not believe her account.

After sending scores of tweets to leave a public record of her story, she took her own life by suffocation.

Billasno is not alone.  Nearly nineteen percent of women report experiencing sexual assault while in college.  The attacker is often an acquaintance or friend that waits for the woman to put herself in vulnerable circumstances.

According to Apps Against Abuse, dating violence also disproportionately affects young women as well. Sixty percent of college students who have been in an abusive relationship say no one helped them.

The winners of the challenge,  “Circle of 6” and “On Watch”, were announced in the beginning of November seek to change these sobering stats through mobile technology.

They beat out 30 other apps that were submitted to the challenge.  Both apps help keep young people connected to trusted friends and critical resources. 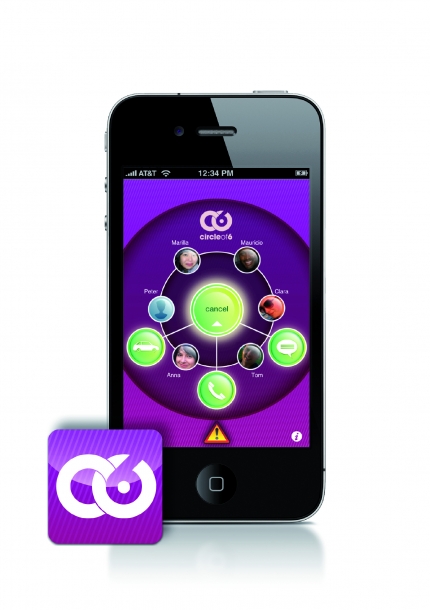 This iPhone app makes it easy for students to reach a circle of friends and let them know where you are and what you need in real time.

It only takes two touches to request help.  The app uses text messaging technology to communicate with your friends, GPS to locate your position when needed, connects with domestic violence organizations and sends a requests for friends to take a Facebook pledge to stop violence.

Another iPhone app that allows the user to send important information to a support network on social media, phone, email or text.

Again, only two touches are needed to connect with friends, campus police or 911.

This app allows for a timer to be set when a certain activity is being performed and alerts friends if the activity does not go according to plan.

If you have class at night, you can set the timer for ten minutes, the time it takes to walk to your car, and if it takes longer, the app will alert your circle of friends that you could be in a risky situation.

To see a complete list of the winner or for more information:

“Make Your Mark” at Frontier Fiesta 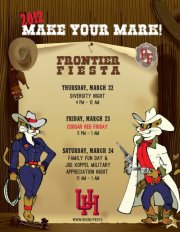