During the very first week of the new year of 2012 came news of the loss of Robert Carter and Gordon Hirabayashi, two giants in this country’s civil rights movement and two beacons of light for the Latino community. They died only one day apart. 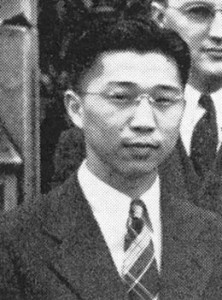 Gordon Hirabayashi is one of three fearless Japanese American leaders who used the courts to resist the nation’s misguided and racist round up and detention of citizens of Japanese ancestry during World War II. In separate prosecutions, Hirabayashi, along with Fred Koretmatsu and Minoru Yasui, stood up to a federal executive apparatus that used the threat of national security to deliberately engage in the purposeful detention of persons because of their race with no individualized determination of disloyalty. In short time, persons of Japanese descent, citizens or residents, were corralled, forced to sell or abandon their belongings, and transported to detention centers.

Hirabayahsi, an American born citizen, was studying in Washington State. He refused to register with the federal authorities, refused to obey the curfews imposed upon the Japanese, and was eventually jailed and convicted. In effect, he engaged in that quintessential American act: he dissented. Decades later, his conviction was overruled and the country paid him and other Japanese Americans reparations for the country’s acts during war time.

Latinos also know firsthand the direct effects of being corralled in the name of national interests. During the Great Depression of 1929, half a million people of Mexican descent, from Los Angeles, Chicago, Detroit and Denver, nearly half of them citizens of the U.S., were detained and deported to Mexico as a way to increase jobs for other Americans.

In 1954 another one million persons of Mexican heritage were detained as part of a quasi-military offensive called Operation Wetback aimed at ridding the country of undocumented immigrants. Regardless of citizenship, these Texas residents were then bused, flown and shipped deep into Mexico to make their return even more difficult. Only a lack of funding for this INS initiative stopped the forced deportation of even more Mexicans.

Today’s profiling of Latino immigrants by untrained local police forces in many states echoes these round ups of yesteryear. “My citizenship didn’t protect me one bit. Our Constitution was reduced to a scrap of paper,” Hirabayashi noted. And yet, in Hirabayashi Latinos have a model to follow; a principled person who refused to accept this abuse, and used the law to right a historical wrong. 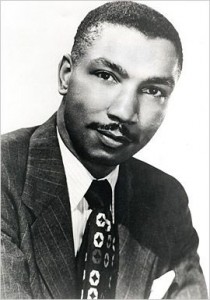 Robert Carter is a giant in the world of civil rights, one of the masterminds of the strategy that led to the desegregation of our nation’s public schools and the dismantling of separate-but-equal doctrine. At that time, Robert Carter was part of the team of attorneys at the NAACP and one of the advocates for presenting social scientific evidence to the courts to document the psychic harm of racism and Jim Crow on the nation’s black children.

In that vein, Mr. Carter also played a significant role in the arguments presented in the seminal Mendez v. Westminster case by coauthoring an amicus curiae brief to support the Mexican plaintiffs in California. The decision in Mendez resulted in the first court opinion to recognize that segregation of schoolchildren – in that case, Mexican and Latino children — creates an irreparable sense of inferiority among minority children. And these very same arguments were presented successfully in Brown v. Board of Education, years later.

Robert Carter also had a direct connection to the LatinoJustice PRLDEF (then known as the Puerto Rican Legal Defense and Education Fund) when he became a federal district court judge in New York City. Judge Carter presided over Guardians Association v. Civil Service Commission where our attorneys successfully proved that the City’s civil service examinations for police officers discriminated against Black and Latino police candidates. Judge Carter’s decision in our favor was eventually upheld by the U.S. Supreme Court in 1983 and paved the way for the increased diversity of the city’s police force.

Judge Carter also presided over the trial of housing discrimination claims by Puerto Rican and Latino residents seeking entry into the exclusive Grand Street cooperative apartments in the Lower East Side in the 1980s, in Huertas v. East River Housing Corp. Judge Carter ruled in favor of the Latino community’s claims that they were systematically prevented from applying to these units, opening up the opportunity to integrate these 4,500 moderate income cooperative apartments.

During the trial, the defendants sought to impress the court with the argument that cooperative apartments were unique housing units that were unbeknown to the Puerto Ricans in the Lower East Side, hence their low representation in the applicant pool. The judge would have none of that once he heard the testimony that cooperative apartments were part of the housing mix in Puerto Rico for decades.

LatinoJustice PRLDEF Special Counsel, Richard Bellman, noted that “Bob Carter represented the best of the civil rights bar. He was a dedicated and innovative advocate who never wavered from insisting on true equality for all. Indicative of his passion was his consistent position on the evils of de facto segregation, even when the courts stood idly by and allowed it”. Robert Carter had an incredible reputation as a no-nonsense civil rights attorney and advocate and as a person who constantly pushed the envelope to expose American racism.

Gordon Hirabayashi was similarly unimpressed with his peers who sought to take a safe, accommodating stance in the face of blatant government sponsored racism.

They both stand as models for the growing Latino community today. And they both have contributed greatly to the platform that allows LatinoJustice PRLDEF and other Latino civil rights advocates to protect the rights of Latinos throughout the country.

Juan Cartagena is President & General Counsel of LatinoJustice PRLDEF. He can be reached at jcartagena@latinojustice.org.

Google and Wiki blackout: What is SOPA and why it's important 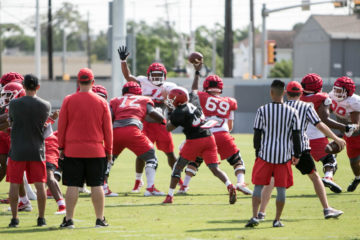