The National Association of Latino Elected and Appointed Officials (NALEO) issued the following statement regarding tonight’s State of the Union address by President Barack Obama:

“We applaud the President for expressing his strong commitment to building a 21st century immigration system and providing young people with the chance to earn their citizenship in his address to the American public tonight. While these words ring true to our community and the mission of our organization, we know they must be followed by concrete and swift action. We call on the President and Congress to work together in the coming year to pass bipartisan legislation that will provide millions of Americans with the opportunity to become full members of this great nation.

“During his address, the President also emphasized the importance of job creation and policies that will help the nation fulfill ‘the basic American promise that if you work hard, you can do well enough to raise a family, own a home, and put a little away for retirement’. Like all Americans, Latinos want the opportunity to pursue the American dream. In recent years, our community has been one of those hit hardest by the economic crisis, experiencing job loss and foreclosure rates higher than most Americans. With Latinos now numbering more than 50 million or 1 out of every 6 Americans today, our community’s economic progress will play a critical role in determining the future of this country. We urge the President and Congress to implement policies that will foster economic opportunity for Latinos and all Americans.

“In addition, we were encouraged by the President’s call for a return to American values built around ‘fairness for all’. As the nation’s second largest population group, this theme is fundamental to many of the pressing issues facing our community today, including the Latino electorate’s ability to participate in the political process and elect the representatives of their choice this year. We ask the nation’s leadership to carefully monitor all efforts to weaken the electoral voice of Latino and minority voters, including implementation of unfair voting requirements and illegal redistricting plans across the country. We also call on the President and the Department of Justice to vigorously enforce the Voting Rights Act (VRA) so that all U.S. citizens, regardless of race or linguistic ability, can fully and fairly participate in the American electoral process.

“In the coming year, we urge the President and Congress to honor the American people by working together to ensure that our country’s journey ‘moves forward’ and that ‘our future is hopeful’. Our nation’s more than 6,000 Latino elected officials are ready to do their part, working with the President, Administration and Congress to promote policies that will foster the economic and political progress of the Latino community and all Americans.”

NALEO is the leadership organization of the nation’s more than 6,000 Latino elected and appointed officials.

Barbie is shelved for 'taking over the souls of youngsters' 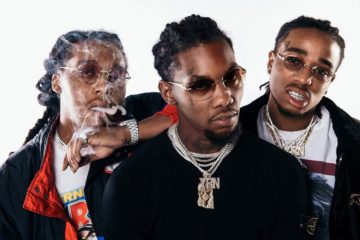